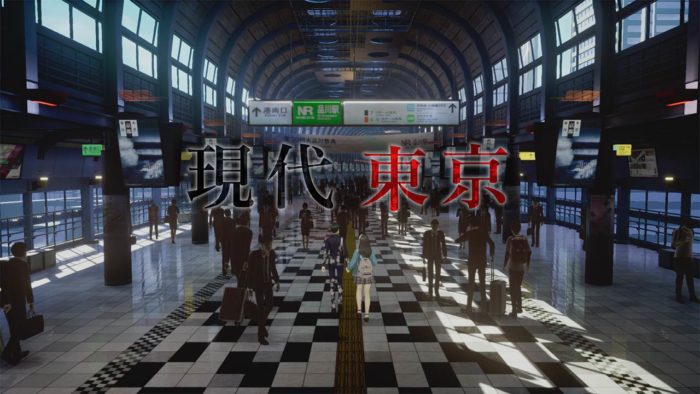 We haven’t heard much about Shin Megami Tensei V, the Switch exclusive, since it was announced last October. In an interview with 4Gamer, however, Atlus has confirmed that the game has now entered full development, along with a few other details. Thanks to Siliconera for translating.

For a little context, the interview happened after Atlus’ traditionaly yearly visit to Kishimojin Shrine. There they pray for the well-being of staff and fans, as well as the success of current projects. After the event 4Gamer thanked Atlus for letting them attend, which is where SMT V Producer Kazuyuki Yamai confirmed the game has entered full development, “When the game’s production first started, the project only had a few core members, and we’ve been gradually adding more people to it. While more people will be joining, we now have a solid group of staff members, and I feel like we’ve reached the turning point where we can actually say ‘We’re making it.'”

Yamai talked about how this is the first SMT game on home console in a while, but they still want to find that balance between playing on a TV and playing handheld. According to him they have a lot of gameplay ideas in mind, but they want to make it a proper title for both home and portable systems. There’s also apparently a lot of working going into the demons this time around, “Of course, I want it to have many demons, and I want to work on making it suitable for the hardware’s specs. As for the effort we’re putting into demons this time around, I believe we’re putting in about three times the amount of effort for each demon compared to previous titles.”

Finally Yamai said that in terms of the scenario and setting, we’ve only seen the tip of the iceberg. To him it feels like they haven’t really shown any of the game at all.

Shin Megami Tensei V is currently in development for Nintendo Switch. At the moment there isn’t a release date or release window.