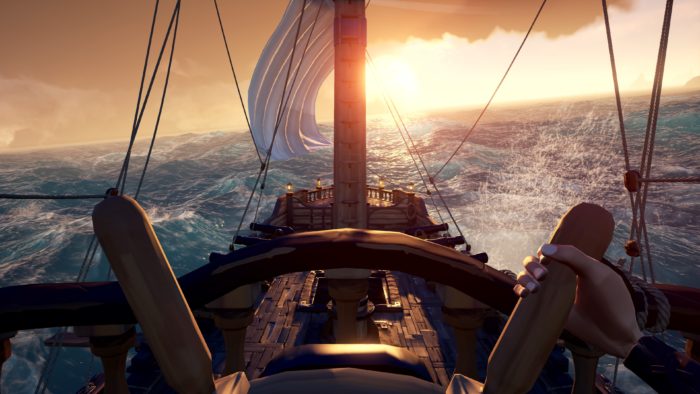 Players have recently discovered that Rare’s upcoming pirate adventure game, Sea of Thieves, will be featuring a premium shop where you can shell out real dollars for virtual items. Naturally, this sparked some concern that the game might have loot boxes for different items and gear in the game that could let players get an edge over others. However, Eurogamer has confirmed that this will not be the case.

According to Rare, the game will not feature any loot boxes or any form of microtransactions that will affect player progression. They will be purely cosmetic. In fact, Rare also mentioned that the first inclusions in the premium shop include virtual pets that you can place around your ship, and other players will be able to interact with them as well.

‘”For launch, it’s about delivering the best gameplay experience possible, being there, reacting, listening, taking feedback and everything else,” executive producer Joe Neate stressed.

“But as we move into our service and we start growing and updating the game, at that point we’ll turn on the option for players to optionally spend in there.”

Sea of Thieves is set to be released for Xbox One and PC on Mar. 20.