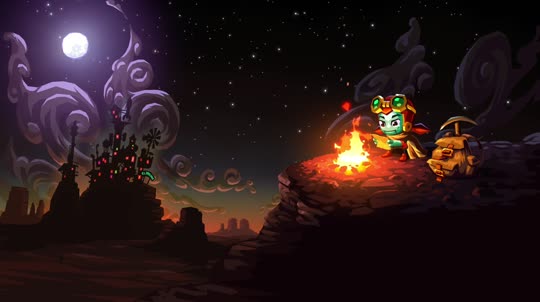 A physical version of SteamWorld Dig 2, the popular platform mining adventure, is coming to both PlayStation 4 and Nintendo Switch later this Spring.

It was a hit when it released in September last year – particularly on Nintendo’s console. It sold ten times as much on the hybrid console as it did on Steam. Now, anyone that missed it before, or were holding out for a physical version, will be able to jump in sometime in the next few months.

Brjann Sigurgeirsson, CEO at Image & Form said, “We’re totally humbled by the community’s reaction to SteamWorld Dig 2. This latest SteamWorld adventure is a milestone, and we’re naturally very proud of it. Many fans are now asking for a physical release, so it makes me very happy to be able to partner up with Rising Star Games for a boxed version. We’re also excited that additional exclusive items will be included as well!”

The new physical version will also include an exclusive double-sided poster featuring iconic artwork from the game, as well as a reversible inlay with never-before-seen artwork. It will release in both the US and Europe, but it has only been confirmed for PlayStation 4 and Nintendo Switch.

For those that haven’t played it before, and didn’t pick up the original game, Rising Star Games’ website describes SteamWorld Dig 2 as a game that, “takes players on a platform mining adventure forged in Metroidvania flames. When an old trading town is struck by mysterious earthquakes, it’s up to a lone steambot and her unlikely companion to uncover what trembling terrors lie beneath.”

SteamWorld Dig 2 will release at retail in Spring 2018.