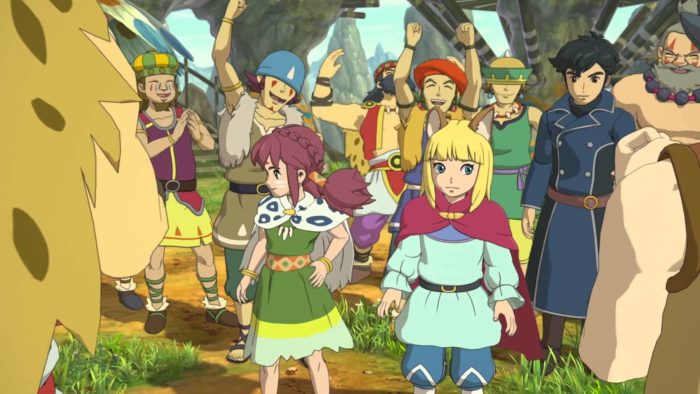 Fans can’t expect Ni No Kuni II: Revenant Kingdom until March 23, 2018, but with the game right around the corner Bandai Namco has seen fit to release a new trailer to help keep anticipation on the rise after the game’s many delays. The trailer is roughly three minutes long and showcases the different gameplay modes players can expect when the game finally launches.

Spread across the trailer we see more glimpses of the game’s battle system, as well as two mode modes built around RTS style combat and another for building your own town called Kingdom Mode. The combat seems much more active this time around with players taking a more dynamic role in how they go about defeating enemies. As opposed to the original Ni No Kuni where players played a much more passive and tactical role in combat.

Completely new to the game is the addition of Kingdom Mode however, and in the trailer we see that you can invest in your town, build it, recruit people, choose who lives where, and steadily upgrade it as you progress along the game. All of which seems to tie into the RTS-style army battles that pit you and your forces against the hordes of monsters as you lead the charge to slay them. How much time you invest into your town as well as your strategies in leading your army will determine the sort of experience you can expect.

Ni No Kuni II is slated to release on PS4 on March 23.