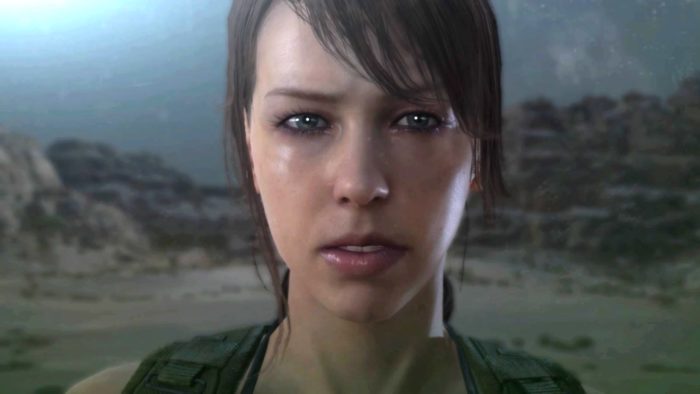 Death Strandingis currently one of the most anticipated games in development, as it’s the first project from Hideo Kojima since his departure from Konami. While the lead male actors involved in the game (Norman Reedus and Mads Mikkelsen) have been known for quite some time, there has been a lot of speculation as to who would play Death Stranding’s female lead.

For a brief time, there were rumors that Emma Stone was attached to the project, but those were quickly proven to be false. Now, a new post from actor Stefanie Joosten’s Twitter has fans wondering if she is somehow involved in the game in a major way.

Joosten, who played the memorable assassin Quiet in Metal Gear Solid V: The Phantom Pain, posted several images to her account that all seem to be from the same dreary location shown in the two different Death Stranding trailers released to date. For reference, below is the final scene from the first Death Stranding trailer shown at E3 2016, which includes the same grayscale background as Joosten’s pictures, along with broken sea shells and black grains in the left-hand corner.

A quick scroll down Joosten’s timeline offers more cause for fan speculation. Near the end of January, Joosten was pictured with Hermen Hulst, who is the Managing Director at Guerilla Games (Horizon Zero Dawn). Initially, this may not seem like a big deal, but Hideo Kojima has previously spoken about how Death Stranding will run on Guerilla Games’ Decima Engine- the same engine that was used to power Horizon Zero Dawn.

Death Stranding is currently still in development by Kojima Productions, and as of now there is no release date or even a release window for the game. It is being developed exclusively for the PlayStation 4.