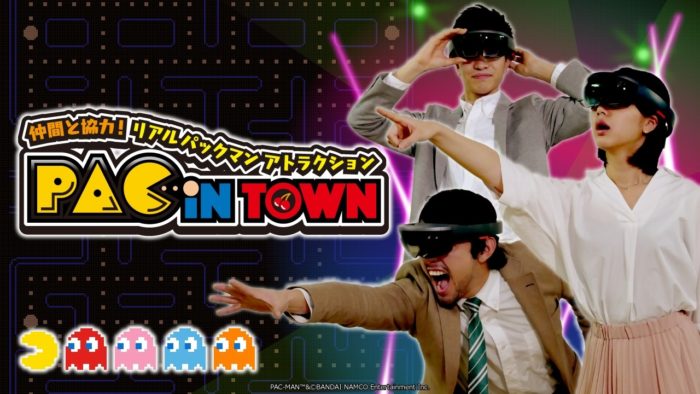 Microsoft’s HoloLens isn’t even out for consumers to play with yet, and we’re already seeing cool applications with the system. For instance, Namco’s Namja Town in Ikebukuro, Tokyo, is about to be the first theme park to use Microsoft HoloLens for some pretty awesome stuff. For instance, Banda Namco has stated that two mixed reality theme park attractions will use the headset, and will be developed by Bandai Namco and produced by Namco.

First is Pac in Town, obviously based on Pac-Man. Players will actually become Pac-Man themselves and have to work together to grab all the pellets while avoiding the pellets. This has been available from Jan. 15 and will continue through Feb. 28, and you can see it in action here in the video clip below.

There’s another attraction coming, however, and it’s called Rounding Up Mosquitoes “SMASH” Operation, beginning Feb. 10 and running through Mar. 31. It’s based on an older game called Explosion! Mosquito Battle, and had players using mosquito repellent guns, but it closed back in 2013.

Both attractions will be up for a limited time, so make sure you head over to Namja Town if you’re able to so you can experience them. They look very, very cool. Plus, it’s probably the first brush many of us will have had with HoloLens, and who knows what the applications could be from here?