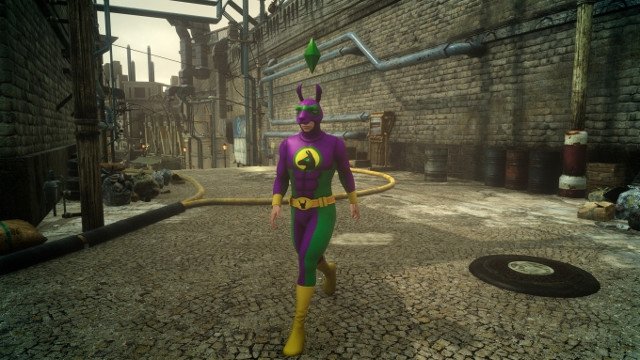 Final Fantasy XV: Windows Edition has been racking up some super weird DLC packages since its announcement, including costumes based on Half-Life’s Gordon Freeman and some other strange inclusions. The latest pack is the weirdest yet, as it includes goodies from The Sims 4 in what could possibly be one of the strangest twists yet.

The Sims 4 DLC pack will include both The Sims 4 Llama Suit and The Sims 4 Plumbob, both of which can be worn by Noctis and the character you create in Final Fantasy XV: Comrades, the multiplayer online expansion. The pack is up for grabs for anyone wh preorders the game or nabs it before May 1.

There’s also some crossover content happening with The Sims 4, where the game will also be getting items from Final Fantasy XV. Noctis’s Prince’s Fatigues will be added to the game, so you can spiff up your favorite Sim a bit to look more like the Final Fantasy XV frontman.

There’s a lot happening in celebration of Final Fantasy XV: Windows Edition, especially since these game crossovers are happening. Imagine what might happen if other series are eventually added to the fold. Who knows what’s possible in the future?