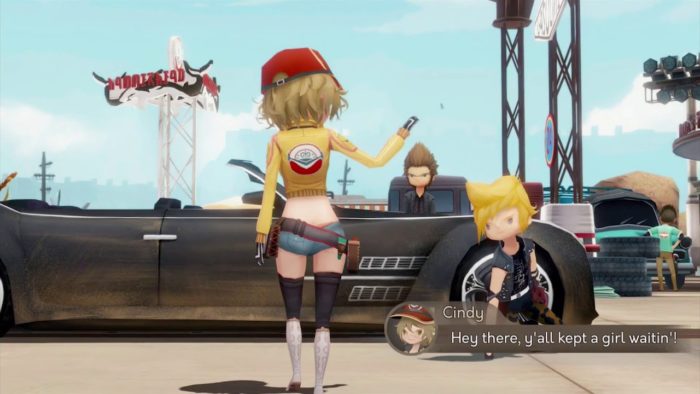 Final Fantasy XV: Pocket Edition is available now on the App Store and Google Play Store, ahead of its slated Feb. 9 release. You can nab the adorable, downsized version of Final Fantasy XV now on either iPhone or Android devices sooner than was previously announced, so it’s a great day for Final Fantasy enthusiasts.

Final Fantasy XV: Pocket Edition is a condensed version of the sprawling original RPG with chibi-styled characters and the same narrative content as the original. You can download and play the first chapter for free right now, but if you want all 10 chapters of the game, it’ll cost you $19.99 as a whole. If you prefer, you can buy chapters two and three for $0.99 apiece, but chapters four through ten will run you $3.99 apiece.

As far as mobile versions of Final Fantasy go, this may be one of the best. It’s a lot cleaner, more interesting, and streamlined than other attempts at making mobile-friendly iterations, and this is a model Square should continue attempting in the future, perhaps with other entries in the Final Fantasy series as a whole.

You’ll need quite a bit of space and a snappy device to play the game (I played on an iPhone X ahead of release) but you’ll be satisfied with the results, especially if you’re a fan of the original game but perpetually pressed for time.

Pokemon GO Fest 2020 Showed off Niantic at Its Best