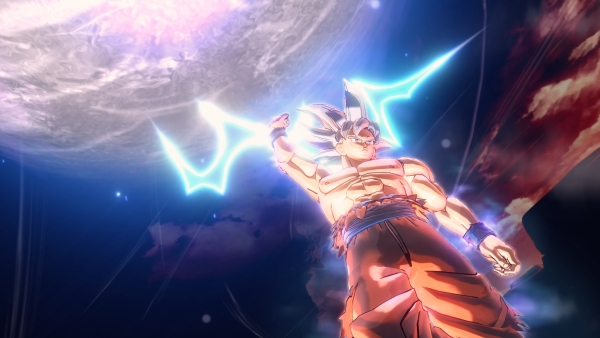 Dragon Ball Xenoverse 2 is still growing ever larger, even despite the fact that Dragon Ball FighterZ exists and has captured the attention of Dragon Ball fans around the world. It’s getting another DLC drop, this time in the form of the Extra Pack 2 content update, and there’s plenty to see, including four new characters: Goku (Ultra Instinct), Kiren, Fu, and Android 17. You also get the “Infinite History” chapter to play through.

Here’s the gist, thanks to Bandai Namco:

Goku (Ultra Instinct) is the latest and most powerful form of beloved Dragon Ball protagonist Son Goku that made its debut in the Dragon Ball Super anime. Boasting impressive skills like Automatic Dodge, the super attack Soaring Fist and his Ultimate Skill Godly Display, this fighter is a fearsome force to be reckoned with.

Infinite History is the new story scenario featuring the mysterious time-travelling teenage warrior Fu. Players will need to decide if they help Fu by changing the past or not! Choices will lead to different strategical ways which can be followed via the Tokipedia feature. Infinite History also features dedicated CG animated cut scenes depending on the character players select to undertake the mission with.

You can play Dragon Ball Xenoverse 2 now on PlayStation 4, Xbox One, Switch, and PC, and the first game is available now as well, if you need a double-dose of Xenoverse action. Otherwise, check out the trailer below to see the new content and characters in action.