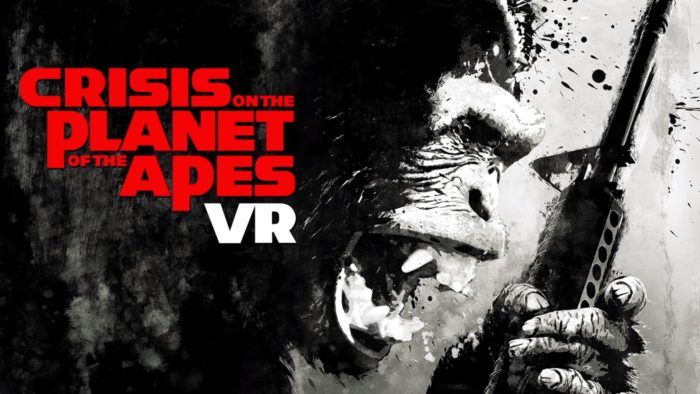 The rebooted Planet of The Apes franchise is getting a second game this April and this time it brings an entirely new story developed for PSVR, Oculus Rift, and HTC Vive, titled Crisis on the Planet of the Apes.

Announced by developer Ben Miller on the official PlayStation Blog, the new game sees you take control of one of the titular apes as you try and break out of a highly armed military facility. Your aim to is to escape the clutches of the “trigger-happy Sergeant Richter” and “Dr Eva Devon” as they attempt to cure the simian flu disease that caused the apocalyptic disaster we’ve seen in the films.

You’ll do so by utilizing one of the two new systems introduced in the game. The traditional VR movement system of warping to where you want to go is replaced with a new ape-based mechanic, which sees you walking as an ape would to get around. The second is a cover-based system which allows you to grab hold of a piece of cover and move your body so to shoot and hide around it (as if you are actually behind the cover). You can catch a glimpse of all of this, including some of the weapon combat, in the teaser trailer below.

Crisis on the Planet of the Apes releases worldwide on April 3 for PSVR, Oculus Rift, and HTC Vive.