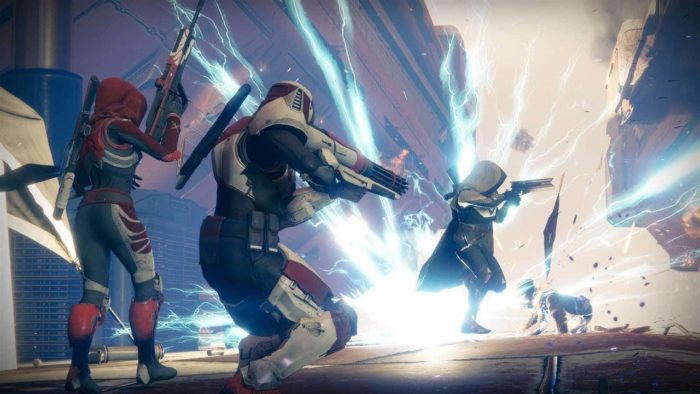 Bungie is continuing its transparency with the Destiny 2 player base by announcing changes to the game’s core abilities and weapons, one day after the studio released a detailed roadmap for the next few major updates.

Design lead Josh Hamrick wrote in the company’s weekly blog post how the “Sandbox Team” is currently playtesting a series of updates designed “to provide individual players with more hero moments by increasing overall speed and mobility, increasing the amount of supers you charge to demolish your enemies, and increasing the frequency and impact of our most montage worthy power weapons, especially in the Crucible.”

Known as the “Go Fast Update,” the changes include increasing the cap of players’ ground speed, expanding the range of the mobility stat, and retuning the jump options to be faster. Super abilities recharge faster, while Arcstrider, Sentinel, and Striker gain increased speed while active. Arcstrider has been buffed to be more competitive with faster attack and dodge animations and increased range on all attacks.

Several weapon archetypes, “including, but not limited to, Hand Cannons, Pulse Rifles, Sniper Rifles, and Shotguns,” have been buffed as well to make some power weapons more prevalent. Bungie is also looking to quicken the pace of Crucible matches with decreased player respawn times, reducing the power ammo respawn times across several modes, and allowing power ammo to be dropped on players’ deaths after acquiring it.

The last big change with the update is reverting the Titan’s shoulder charge ability back to before the release of the Curse of Osiris expansion. Bungie nerfed the distance of the ability because the studio believed players used it for its movement rather than damage.

Hamrick mentioned these changes are the first part of a series of updates. These sandbox changes are scheduled for the March 27 update, according to the Destiny 2 roadmap, but Hamrick noted the changes are not completely guaranteed to ship.