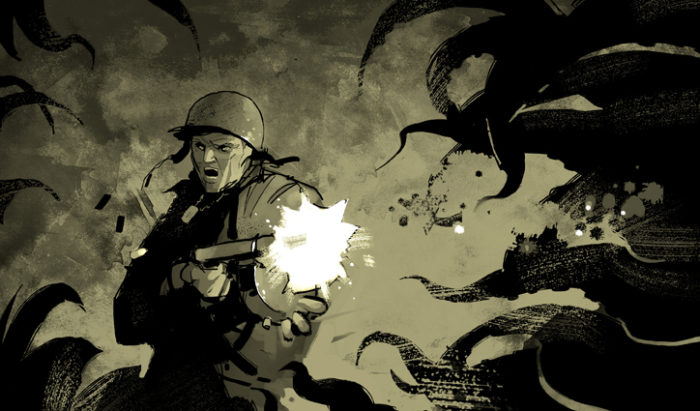 When you hear the term “ultimate evil,” either Nazis or Cthulhu come to mind. However, Achtung! Cthulhu Tactics aims to combine both to create an exciting experience.

Achtung! Cthulhu Tactics is based on a pen and paper RPG of the same name, which is actually series of standalone adventures for the popular Call of Cthulhu RPG. Developed by Auroch Digital, the studio behind the video game adaptations of Chainsaw Warrior and Plague Inc., the game will have players command “a tough band of heroes trapped behind enemy lines trying to uncover and foil a Nazi plot of terrifying evil” as they trek through a turn-based strategy campaign full of intrigue and Lovecraftian horrors.

Auroch Digital is working with Modiphius, the team behind the original Achtung! Cthulhu game, to create a fun and unusual experience. According to the Kickstarter page, the game will feature a “light and dark” mechanic that makes the player’s team stronger when bathed in light, and opposing Nazi soldiers and cultists become more powerful while shrouded in darkness. And that’s only one of a whole slew of features designed to set Achtung! Cthulhu Tactics apart from similar video games.

Unlike most Kickstarter projects, Achtung! Cthulhu Tactics has been fully funded by indie publisher Ripstone (Chess Ultra, Stick It To The Man), and the purpose of the campaign is to give Auroch Digital the funds to include even more playable heroes, as well as villainous Nazis to shoot. But, since the project only aims to supplement the development of the game and not actually fund it, the campaign goal is only a paltry £10,000 that has already been reached — and with 23 days to go.

Reward tiers start as low as £20 ($28) which includes a digital copy of the game and a PDF version of the original Achtung! Cthulhu RPG. The highest reward tier costs a whopping £350 ($483) and includes the digital game, all of Achtung! Cthulhu’s base and supplemental material (physical and digital), £150 worth of credits for physical Achtung Cthulhu miniatures, an “Investigators Bag,” and “1 extra platform credit for the digital game.”

The game is currently scheduled to release in September of 2018, so backers won’t have to wait that long.