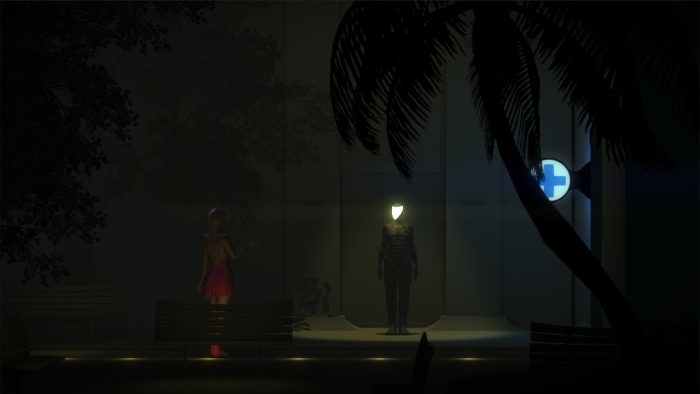 The Fall Part 2: Unbound is set to launch for PC and consoles on Feb. 13, developer Over The Moon announced.

The sequel to 2014’s The Fall begins immediately after the first game with A.R.I.D., a rogue A.I. that was separated from its host with a new mission to save itself. A.R.I.D. can now posses new hosts, such as “a reality-divorced Butler” and “a mysterious combat drone, known as ‘One.'” Check out the launch trailer showing off gameplay below.

“With The Fall Part 2: Unbound, our goal is to give players a deeper level of gameplay and story integration than they have ever seen,” said John Warner, Over The Moon CEO, in a press release. “Our newest trailer highlights a strange and unsettling section of the game, during which players possess a robot designed to pleasure humans, only twist and manipulate her into hurting others to obtain their goal.”

The game was originally set to release in late 2017, but the developer delayed the project a few months. The studio said it would be “suicide” for an indie game to launch alongside the busy holiday season of AAA games, and have spent the extra time to polish the game and give it a marketing campaign.

The Fall Part 2: Unbound launches for PC, PlayStation 4, Nintendo Switch, and Xbox One on Feb. 13.