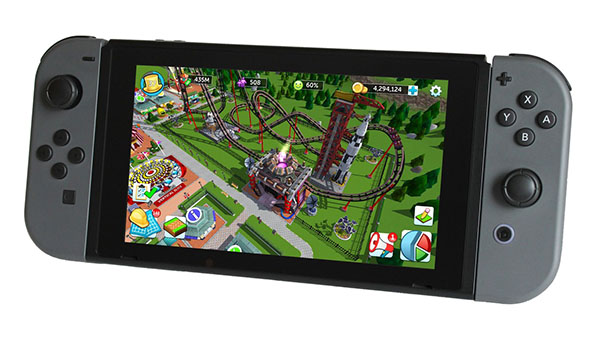 Ever wanted to play Roller Coaster Tycoon on Nintendo Switch? If Atari has its way, that just might be a possibility in the future — that is, if crowdfunding efforts go its way. There’s a new crowdfunding campaign via StartEngine right now from Atari, looking from between $10,000 and $1.07 million to create a new entry in the series for the Switch.

It wouldn’t be a port, as the page explains, but an original game made just for the handheld that would better utilize the Switch’s unique abilities. Developer Nvizzio Creations would be behind the project, the same company to have worked on Roller Coaster Tycoon Touch for mobile devices.

The game would have multiple scenarios with various “tricky” objectives, a sandbox mode, Tycoon Career mode, and more. There’s a video pitch associated with Atari’s idea via the StartEngine page, and you can look over the whole thing here. Is this something you’d like to see come to fruition? Vote with your wallet, and as always let us know in the comments below.