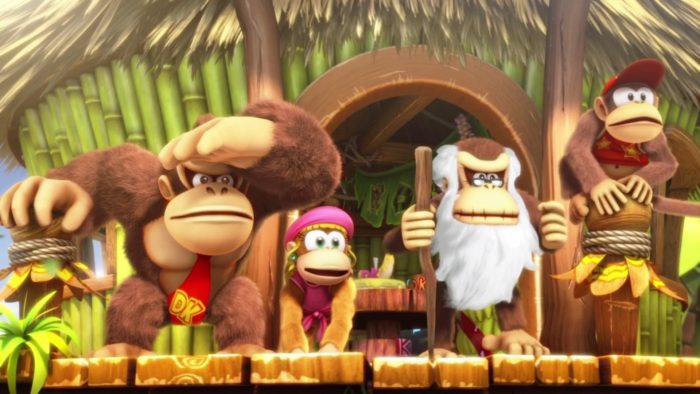 Nintendo fans, your cries have been answered. After weeks of rampant speculation, a Nintendo Direct Mini unveiled a number of unexpected reveals, the biggest being a remaster of Dark Souls. But there was an abundance of tidbits that should also have Switch owners excited.

Pokken Tournament DX will receive some new content through a DLC “Battle Pack.” Available through two “Waves,” Wave 1 of the Battle Pack will include Aegislash and Support Pokemon Mega Rayquaza and Mimikyu. Wave 2 will have Blastoise as a playable character and Support Pokémon Mew and Celebi. Wave 1 is set for Jan. 31, with Wave 2 to follow in March 23.

Hyrule Warriors: Definite Edition will include all of the content from the Wii U and Nintendo 3DS versions of the epic action game, but this edition for Nintendo Switch, launching in the Spring, will include outfits for Link and Zelda based on The Legend of Zelda: Breath of the Wild.

YS VIII: Lacrimosa of Dana is an epic RPG that was previously released on PS4, but will come to the Switch this summer.

SNK Heroines ~Tag Team Frenzy~ has players take control of some of SNK’s most famous female fighters. This tag team fighting game will also come to Switch this summer.

Mario + Rabbids Kingdom Battle will gain a new character in Donkey Kong, who will be purchasable with a new storyline and world in the spring.

The previously announced Switch version of PAYDAY 2 will include a new character named Joy, and will release on Feb. 27.

Fe is a new platformer that takes the player through a “dark Nordic forest,” and takes full advantage of the Joy-Con motion control and HD Rumble features. Expect Fe in Feb. 16.

Celeste comes from the developer of Towerfall, and is an indie action platformer coming to Switch on Jan. 25.

Also announced were Super Mario Odyssey DLC, Mario Tennis Aces, The World Ends With You: Final Remix and Kirby Star Allies. Be sure to check out the whole Direct Mini below.

Let us know what you think about this mini presentation, and if it satisfied all of your Direct needs or not.