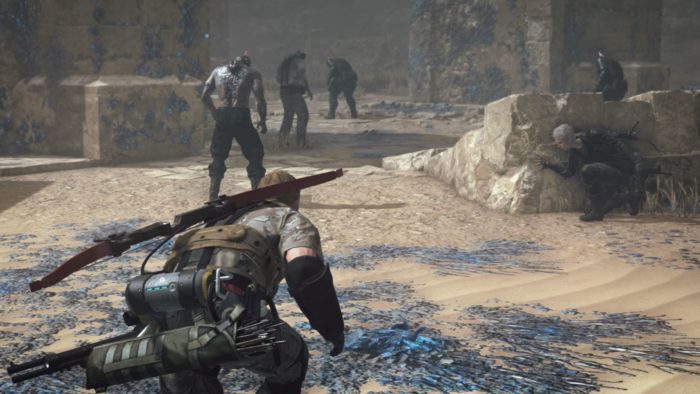 Metal Gear Survive joins the list of online-only games with daily and weekly events to incentivize players to log in frequently so they can earn great rewards.

As announced by Konami (via Metal Gear Informer), Metal Gear Survive will have daily, weekly, and special event Orders. Aside from getting useful materials and blueprints for use in single-player and multiplayer co-op for completing these tasks, not much specific details were shed regarding what orders you’ll be given. This isn’t the first time the series has introduced limited-time events, as Metal Gear Solid V: The Phantom Pain had event FOBs.

Rewards in the weekly events will likely be important to your survival in Metal Gear Survive due to the game’s emphasis in resource gathering and base building. Weirdly enough, Metal Gear Survive seems to have most elements found in free-to-play games: online-only requirement, daily events, timers for resources, and resource grinding. Thankfully, microtransactions and loot boxes have yet to be announced by Konami.

Metal Gear Survive launches on February 20 for PC, PS4, and Xbox One. Those interested in trying out the survival game can participate in the open beta test for PS4 and Xbox One starting from Jan. 18 to 21.