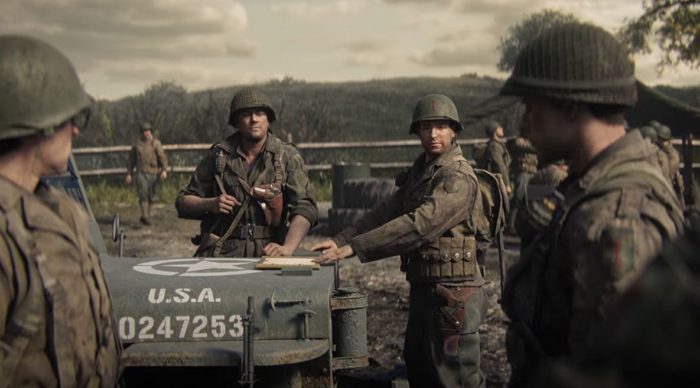 In an announcement that probably surprises no-one, Call of Duty WW2 has officially topped Sony’s list of the biggest downloads on the US PlayStation Store in 2017, marking another milestone for the World War 2 shooter.

The Sledgehammer Games produced sequel outsold fellow Activision owned title Destiny 2, which came in second overall on Sony’s official top 10 list of PS4 downloaded titles. Though there’s no detailed sales numbers, according to the blog the results were based on the number of total downloads by US players and not the amount of revenue made.

Fellow heavy hitters Horizon: Zero Dawn, Grand Theft Auto V, NBA 2K18 and Madden 18 also made the top 10, with Ghost Recon: Wildlands rounding out the results. There is an interesting bit of trivia to take from the list too, with horror 1 versus everyone title Friday the 13th: The Game managing an impressive third overall on the list and an unfortunate no show by another big Activision release, Crash Bandicoot’s N-Sane Trilogy. Perhaps US players prefer the horror’s of Jason running them down than the equally horrific mistiming of jumps?

Elsewhere, Call of Duty also dominated the top PS4 DLC downloads from the past year. The top 10 was headed by Call of Duty Black Ops 3’s Zombie Chronicles pack, outpacing the newer map packs and season passes from WW2 and Infinite Warfare, along with Horizon: Zero Dawn’s Frozen Wilds, the Destiny 2 season pass and Diablo III’s Rise of the Necromancer. On the virtual reality front, the most popular titles for PS4 VR owners were indie darlings Job Simulator and Superhot VR, whilst the biggest VR title on store shelves across the holiday season in Skyrim VR had a respectable sixth overall.

You can find more information by heading over to the official blog post, where those curious can also find out what the 10 most popular PS Vita and PS Classic games were, along with the top PS4 themes of the calendar year.