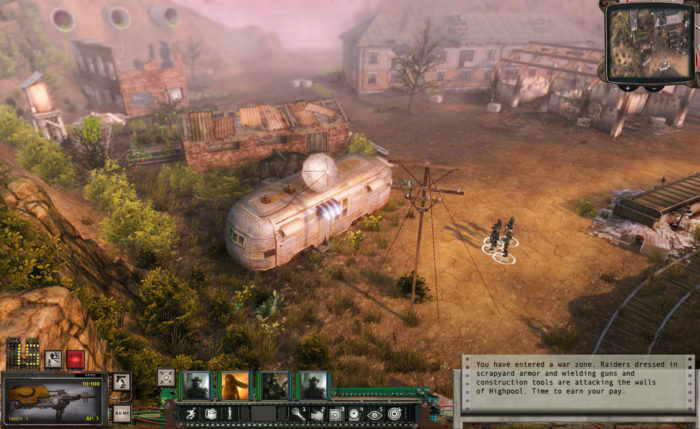 Wasteland 2: Director’s Cut is bringing its particular brand of the nuclear apocalypse to the Switch, as inXile Entertainment founder Brian Fargo teased in a recent tweet. The RPG, set in an alternate history timeline where a nuclear war has broken out between the United States and the Soviet Union, released to mostly positive reviews from critics upon its PlayStation 4 and Xbox One debut in September 2016, and while it delivered for PC players, it would be interesting to see it come to the Switch for long-term RPG enjoyment on the year’s best portable console.

Unfortunately, all we have to go on at the moment is a photo of a Switch console playing Wasteland 2, and no release date or any additional details. It would be great to see the gritty gameplay grace the handheld soon, perhaps in time for all the holiday travel that’s about ready to come up, but it probably isn’t in the cards for right now.

How about a little tease… pic.twitter.com/Zwh8gL8cQL

If you enjoy playing sprawling RPGs in the vein of classic Fallout, you’ll find plenty to love in Wasteland 2. So even if there’s quite a bit of a wait ahead of us to jump into the game on Switch, then you can still go back and try it out on console or PC in the interim. It’s worth doing!