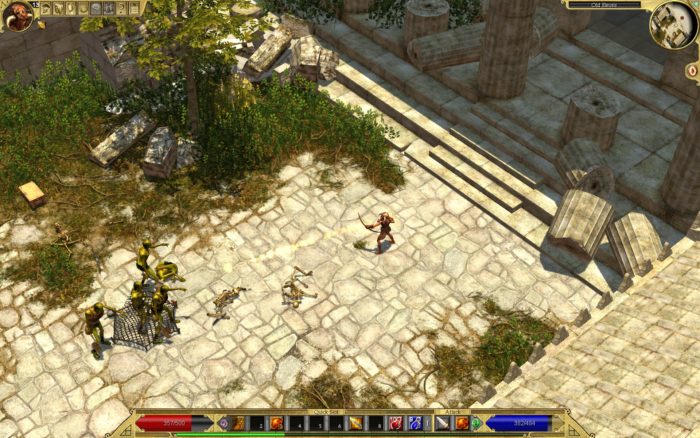 Action RPG Titan Quest is set to make its debut on consoles, 12 years after it first released on PC.

Originally published by THQ in 2006, Titan Quest is set within the pre-Roman Ancient World with a quest to defeat the Telkines, a group of lesser known Titans who have summoned countless beasts to overthrow the mortal realms in preparation for the return of the once powerful Titans. As your chosen avatar, you are tasked with challenging the Telkines and proving that the mortal race can survive without the aid of Olympus.

THQ Nordic will be handling the console port, having previously re-released Titan Quest as part of a 10 year anniversary edition on PC in 2016, along with a brand new expansion called Ragnarok that was launched last year. The ports, headed to PS4, Xbox One and Switch, will adapt the control scheme from keyboard and mouse to controller, along with newly updated graphics and reworked textures.

Titan Quest will release on PS4 and Xbox One Mar. 20, 2018 in both standard and deluxe editions, which features a number of physical items including a scaled warrior helmet replica. Both editions will include the base game and the original Immortal Throne expansion, though there’s no mention of the Ragnarok expansion. As for the Nintendo Switch, THQ Nordic promises that edition is also currently in development and will be available as soon as it’s ready.