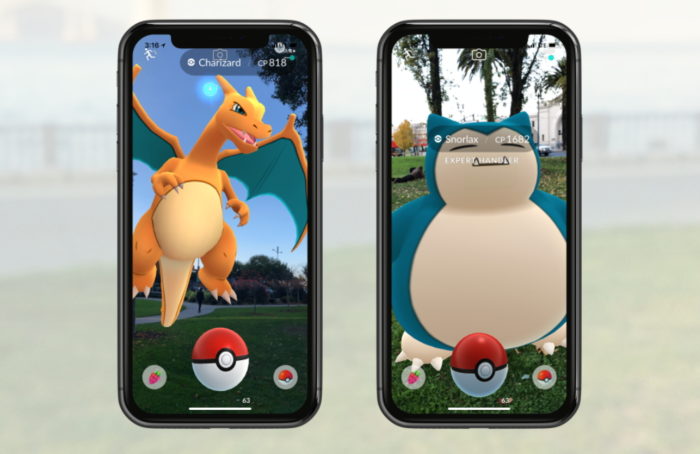 A new augmented reality (AR) mode for Pokemon GO is coming in a future update for iPhone users, developer Niantic announced in a blog post today.

The new mode, called AR+, enhances the normal AR already in the game with Apple’s ARKit framework that was introduced with iOS 11. This allows Pokemon to be fixed in a set point in space, so a Snorlax will become bigger the closer you walk towards it or smaller if walking away. Pokemon will also scale in size, such as being able to look up at a Charizard or looking down on a Pikachu.

Pokemon will also become aware of how close players are near them in AR+ mode, and run away if the new awareness meter fills up. Players can receive an Expert Handler bonus, which rewards more XP and Stardust, by successfully catching Pokemon in close range.

AR+ is a separate mode from regular AR in Pokemon GO, and will only be available for iPhone 6s and newer models running iOS 11.