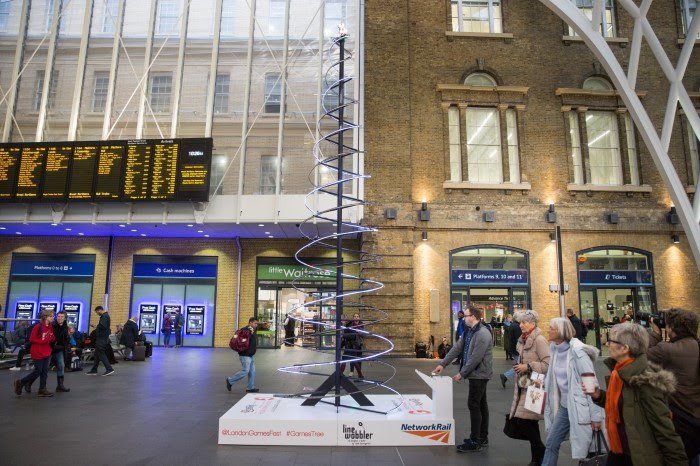 The Holiday season is upon us and people around the globe are getting into the festive spirit. Usually, video games and Christmas don’t tend to have too much in common, but it seems all that has changed in London with the planting of a six meter high Christmas tree that doubles as a dungeon crawling video game.

Londoners commuting in King’s Cross Station were surprised to see the video game; which is a minimalist adaptation of the dungeon-crawler game Line Wobbler. Players must navigate obstacles and fight enemies as they try to reach the exit of a series of increasingly difficult levels. Players use the Wobble controller to move and defeat enemies by flicking the spring.

A press release (via PSU) reads:

“Line Wobbler is a one-dimensional custom hardware game with a wobble controller made out of a steel spring and a long LED strip display. The game is an award-winning experiment in minimalism in game design, use of novel input mechanics, and the incorporation of physical space into the game.”

The festive game has been erected to celebrate the upcoming London Games Festival, which will begin on April 5 to the 15 of next year. Until then, this playable Christmas tree is sure to brighten up an otherwise boring commute!