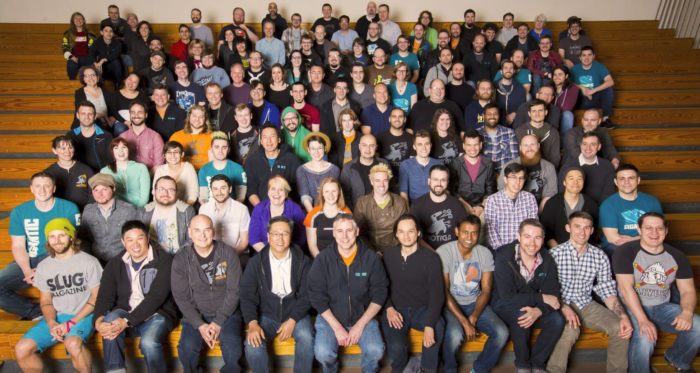 Motiga’s Gigantic was supposed to be something that sounds impossible: the first release from an independent developer competing in the AAA MOBA/hero shooter space. Unfortunately for the developers at Motiga, the task proved impossible indeed, as publisher Perfect World has shut down the studio less than four months after Gigantic launched on PC and Xbox One on July 20.

Gigantic Audio Director Dan Crislip was one of the first to go public with the news. “Today marks the end of Motiga and my time with an absolutely amazing team,” Crislip tweeted last night.

“Yes, [the closure] was the corporate decision,” said Chung. “It was a budgetary decision at the highest level. Perfect World as a public company has a profitability goal and they decided to cut parts of the company that were not profitable. In short, Gigantic was not making enough revenue. Unfortunately, Motiga is not the only Perfect World studio being impacted by the decision.”

Surprisingly, this is not the end for Gigantic, at least not yet. Chung explained that a skeleton crew would continue performing maintenance on the game to keep it up and running “until some time in the future when it doesn’t make sense anymore.”

Chung added that he was saddened by the decision and proud of his team. Later, he followed up on his initial response saying he made his initial statement “at a vulnerable moment” when he “may not have had all the facts surrounding what happened.” He apologized for any errors, but it’s not clear at this time whether or not there were any. Other than a thank you response to a Gigantic fan, Chung’s Twitter account, along with Motiga’s and Gigantic’s, has remained silent since news of the closure broke.

Raynard hasn’t tweeted further on the matter, either, but Crislip replied to a fan question saying that Gigantic is now “in the hands of Perfect World.” This would seem to contradict Chung’s statement, which he since admitted may not have been totally factual, that some Motiga staffers were staying on board to keep Gigantic running.

Twinfinite has reached out to multiple individuals at both Perfect World and Motiga for clarification. We’ll update this story should they issue any response.

Gigantic was first announced in 2014. Microsoft signed on as a publisher at one point before eventually backing out prior to Perfect World becoming the game’s new publisher and eventually Motiga’s parent company. Gigantic’s first beta hit in 2015, before going offline for an extended period. During that time, the game experienced multiple delays and Motiga went through many rounds of employee layoffs.

Gigantic’s beta eventually came back online prior to the game’s July launch, but Motiga was ultimately unable to overcome the great odds stacked against it.