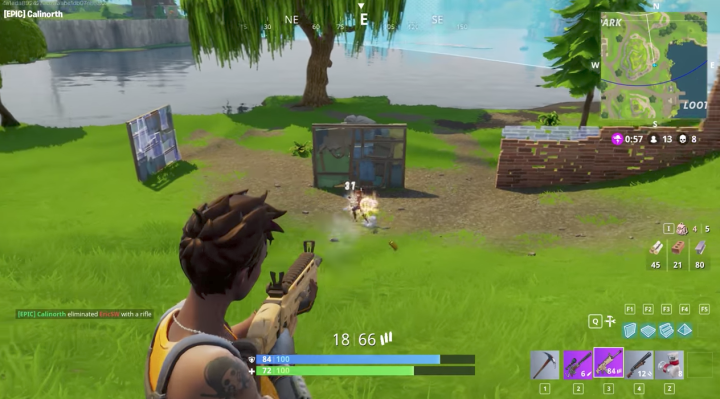 It turns out Fortnite: Battle Royale has been doing quite well for itself, as the game has reached 20 million unique players ahead of PlayerUnknown’s Battlegrounds. Meanwhile, PUBG is sitting around 17 million sales at the moment.

The news came by way of a Twitter post from the official Fortnite account, with a special animation celebrating the game’s success. Fortnite: Battle Royale officially has more downloads than PlayerUnknown’s Battlegrounds, and this is big news. There are several reasons it’s happened like this, likely due in part to the fact that Fortnite: Battle Royale is free on PlayStation 4, Xbox One, and PC. It also came with the very same player base from Fortnite, which did quite well when the game debuted in Early Access.

We just passed 20 million players across all of Fortnite since launch! Thanks from the bottom of our 💗💜💚 pic.twitter.com/LuVV5vb7wj

PlayerUnknown’s Battlegrounds still has Fornite: Battle Royale beaten for now, however, as Fornite features 800,000 concurrent players and PUBG boasting a whopping two million. While Fortnite is clearly the winner in terms of downloads, there’s no denying that both games are doing extremely well for themselves, as should be abundantly clear by now. Things will almost certainly change when PlayerUnknown’s Battlegrounds ends up hitting Xbox One when it finally releases later this year.