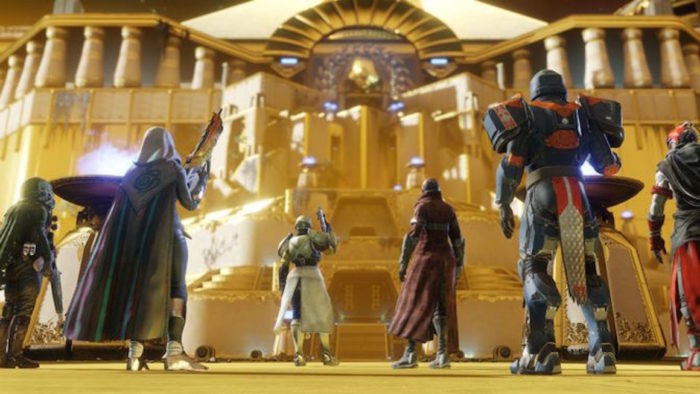 During today’s Destiny 2: Curse of Osiris’ first major live stream, Bungie revealed a new activity that will supplement the current Leviathan raid. Bungie is calling it a raid “lair”, which functions essentially as a more challenging mini-raid. The lair for Leviathan, Eater of Worlds, will require six players like the normal raid does, and will still require a high power level, but will not be as lengthy as the normal raid.

The normal Leviathan raid will also be raised up to to a higher power levels and both the original, and the new lair version, will have new armor, weapons and cosmetics for players to collect. There will also be an even more challenging prestige mode as well.

During the reveal though, it was left murky if Destiny 2: Curse of Osiris would get a brand new raid of its own, in addition to the new raid lair for the Leviathan which is already in the game.

The hosts did mention that there would be another different lair for the Leviathan released in the spring. This nugget of information is causing some players to worry that there won’t be any completely brand new (not taking place within the Leviathan) raid content until whatever they have planned for after the scope of the season pass.

Creating raids are presumably a lot of work, but everyone new expansion to-date in Destiny’s history other than House of Wolves, featured a brand new raid. If the raid lair is indeed the only raid content to be added in Curse of Osiris and the second expansion, this would be a change in strategy that is likely to disappoint at least some players, even if the raid lair is a completely new experience, as Bungie is saying. There are also going to be those that will like that we’ll be spending more time exploring the Leviathan instead of leaving it behind. It’s going to be controversial for sure.