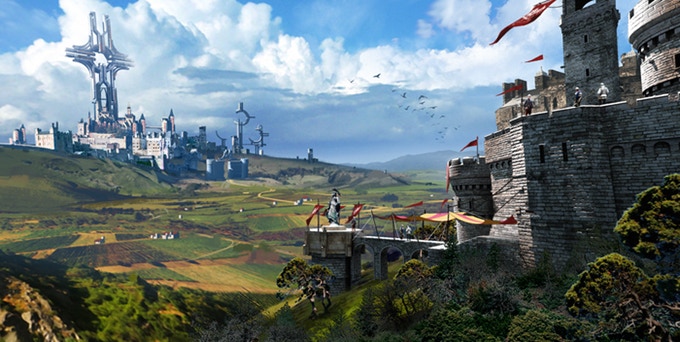 It wasn’t long ago that the status of Unsung Story was even murkier than usual after it was revealed that ownership and development of the game was shifting over to a relatively unknown developer, Little Orbit, that has mostly worked on niche licensed games. Stepping into this textbook example of a Kickstarter nightmare is quite the challenge indeed. While nothing other than a finished product in player’s hands will be able to convince most people that Unsung Story is something that will ever be played, Little Orbit if nothing else, at least seems to be really be going for it.

Announced yesterday in a new backer update, Little Orbit revealed that they are planning on releasing Unsung Story on the Nintendo Switch, PlayStation 4, and Xbox One. Saying the following:

“That’s right! I am very excited to announce we are adding Microsoft XBoxOne, Sony Playstation 4, and Nintendo Switch versions of Unsung Story.

For me, I remember playing Final Fantasy Tactics from the couch on my PS1, and that format was quintessential to my experience enjoying that game. Hopefully this balances some of the cancellations and changes we are making. ” said Little Orbit CEO Matthew Scott

The cancellations that Scott refers to are a bunch of mismanaged Kickstarter bonuses and dated platforms that were promised by former developer Playdek. There were items such as t-shirts that only five backers selected, and a Kindle version of the main game that only 52 backers selected. You can see the full list of cancelled rewards and platforms below and backers can request a refund or replacement of equal value from Little Orbit if it applies to you.

There’s a long road ahead for Little Orbit to salvage the Unsung Story project, and there’s still no word on when backers/fans we actually see the game release, but any communication at this point is a marked improvement over the months of radio silence from Playdek.

Full list of add-ons and rewards being canceled via Matthew Scott of Little Orbit:

“The following add-ons and rewards are being canceled:

The following add-ons and rewards are being changed: