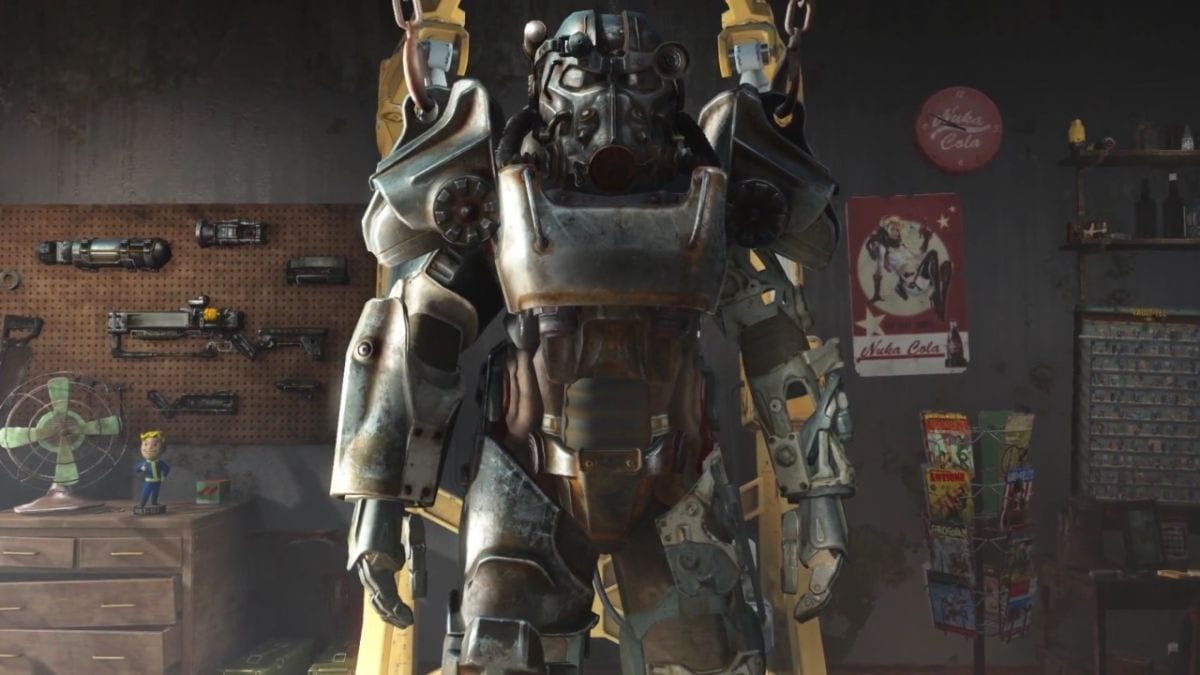 Where to Get a Power Armor in Fallout 4

Fallout’s iconic power armor is available in no short supply throughout the map of The Commonwealth, but there’s more than just a single type – T-45, T-51, T-60, X-01 – and often components are scattered around different areas.

Here, we’ve compiled a handy list of where you can locate all the different Power Armors throughout Fallout 4.

Keep in mind that power armor pieces are only wearable when installed over a power armor frame, and for the armor to work you will need to install a fusion core.

Complete power armor sets will still require that you have a fusion core to operate. No training is required to operate power armor in Fallout 4, as it was in previous Fallout games.

Companions can be instructed to wear them by using the Talk command and selecting “Enter Power Armor” when the crosshair is facing the suit.

The below descriptions refer to static suits and pieces of power armor, but they can also be obtained by pickpocketing fusion cores from enemies wearing a suit.

Enemies will immediately abandon power armor that no longer has a core to power it.

That’s all there is to it! Now you know how to get yourself a Power Armor in Fallout 4. If you’re interested in learning how to fly, we’ve got you covered there, too.

And for any other questions on the game, be sure to check out our Fallout 4 wiki.