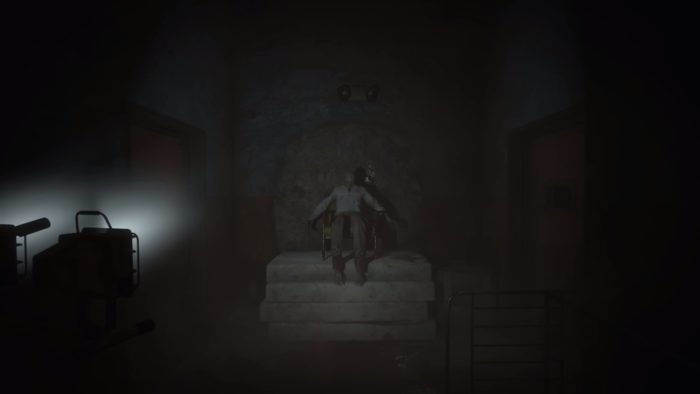 A teaser for an upcoming Fallout 4 fan-made quest reveals a new location that will push the game’s experience towards a horror. In Norwood Asylum, the Sole Survivor is to follow a story of a patient who turned out to be right. Having predicted the nuclear bombings by the People’s Republic of China, he was put in a solitary ward and found dead later on.

The video indicates that there may have been survivors of the atomic strikes, as the final sequence depicts a seemingly staged macabre arrangement. The mod is expected to be out within a month from today.

The Norwood Asylum is being developed by Cascadia Development Team, who is currently working on another massive project called Fallout Cascadia. The mod promises to bring players to ruins of Seattle for an entirely different adventure with a new protagonist. At this point, it is known that there will be new weapons, new factions (although the NCR will make a comeback) and improvements on the main game’s issues, such as the ‘stunted dialogue system to the lack of S.P.E.C.I.A.L checks.’

Depending on whether you play the main game or the Cascadia quest, your experience in the Norwood institution will differ due to a time gap of decades in settings. The lore and location, however, will remain the same.

Norwood Asylum would become the second mental hospital on Fallout 4. The Parsons State Insane Asylum can be found in Commonwealth and serves as a location for two side quests: Special Delivery and The Secret of Cabot House. With the latter mostly working as a setting for dark family business, the Norwood Asylum will pioneer the exploitation of a plot fully dedicated to internal affairs of a madhouse.

Fallout Cascadia has been in development for over a year. It has no set release date yet.