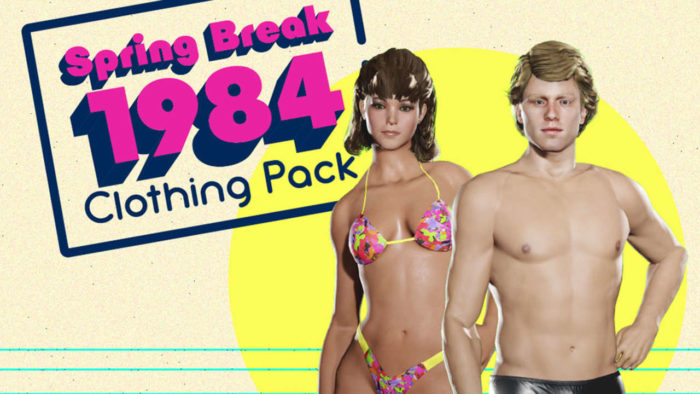 We may have just seen the first of fall, but it’s still Spring Break for the Friday the 13th: The Game. The introduction of Friday the 14th’s 1984 Spring Break DLC is available now, with plenty of new costumes with which you can outfit your characters.

The DLC pack runs $2 and offers up swimsuits, trunks, and plenty of different clothing you can lighten the mood a bit with while lounging around in the sun.

The new DLC pack also comes in tandem with a few updates in the form of new customization options, which stretch to the color of your character’s clothing. There are several new emotes as well as an emote whell in addition, and several bug fixes. For instance, counselors will no longer drown in shallow water, and Jason can bust through windows and doors to attack. That’s a lovely bit of parity for the new swimwear-themed DLC pack.

The DLC package is available now if you want to theme your next game of Friday the 13th, so forgo a cappuccino in the morning and you’ve got it paid for already. It sounds like it could make for some pretty hilarious situations.