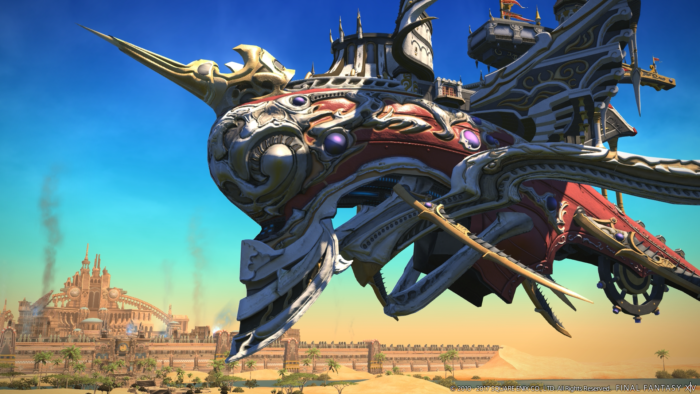 The first major patch to be released for Final Fantasy XIV: Stormblood following its release back in June is just on the horizon and the FFXIV team has released a new trailer teasing at length what players can expect.

A good portion of the trailer is dedicating to giving players a taste of the continuing story of the Stormblood saga. Raubahn appears to be having a hard time adjusting to being a peace time leader, while Lyse seems to be flourishing in her role. Lolorito returns, and it looks like the slimy merchant will be a fixture in the story to come.

Of course there’s a sizzle reel of the new dungeons to be added, but more importantly, there’s a good look of the upcoming alliance raid, Return to Ivalice. Check out the trailer and soak in the sweet, sweet tunes of Final Fantasy: Tactics, and a quick shot a FFXIV Bangaa!

Finally, you can also get a nice extended look at the long awaited Shirogane housing addition which is going to be guaranteed to be an absolute blood bath to secure a plot considering the hype for it if past history is anything to go off of.

FFXIV’s 4.1 patch, The Legend Returns, is due out in early October. What are you looking forward to most? Let us know in the comments.