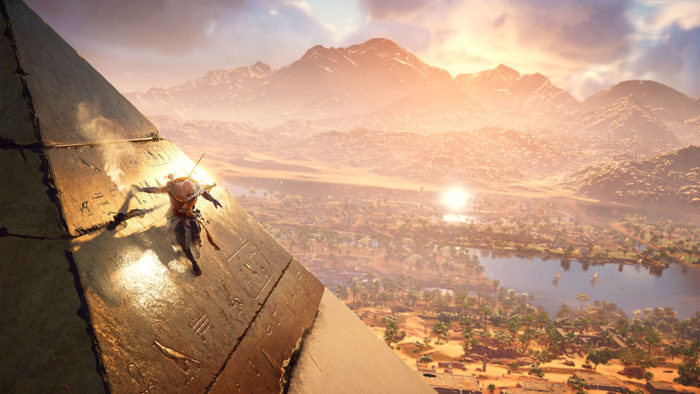 Ubisoft, turns out, is a bit cheeky. During a BAFTA event (The British Academy of Film and Television Arts), Abubakar Salim opened up about his audition for Assassin’s Creed Origins, something he hadn’t even realized he had signed up for.

Originally, the project was pitched to Salim, who voices the Origins’ main protagonist, Bayek, as an animated TV show that would also involve motion capture. It wasn’t until he had already begun his audition that he was told that he wouldn’t be on television, but instead was taking part in an acting opportunity to be the next lead in the Assassin’s Creed franchise.

Turns out, Salim is not just excited about being brought into Assassin’s Creed Origins because of its large fan-base and recent venture onto the big screen. Salim is a fan of the games himself, having fallen in love with the likes of Altair and Ezio. In fact, he hopes that this isn’t the last video game he is involved in. But it was his first time voice acting, his first time acting for a video game character, as well as his first time with MoCap.

You can check out Salim’s performance as Bayek when Assassin’s Creed Origins releases on Oct. 27 for PC, PS4, and Xbox One.