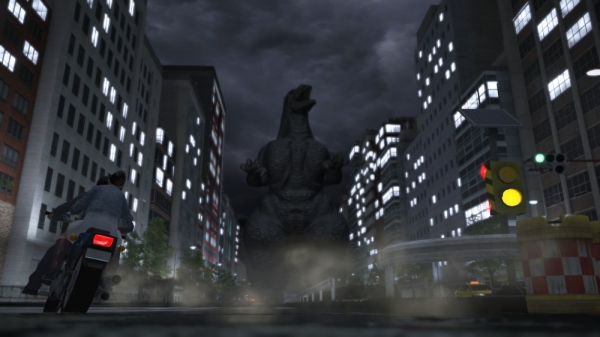 Bandai Namco and Granzella are hard at work on a survival adventure game coming soon called City Shrouded in Shadow, and you can check out nearly 20 minutes of gameplay from the unorthodox title right now.

Developer Granzella, responsible for the Disaster Report series, has confirmed this isn’t another entry in the same series, but just the same there are some very cool things being done with the game that you’ll want to see. For example, both Ultraman and Godzilla will be appearing in-game, as will one of the Evangelion units, though it hasn’t been confirmed which one will be in-game just yet.

As the story goes, the game takes place in the city of Ichi City in Japan, where playing as a man or a woman you’ll have to keep your wits about you if you want to escape the gaze of the giant monsters and shadows overtaking the city. It sounds terrifying, to be honest, which is some of what you’ll see in the gameplay footage available below. Check it out, and see if it doesn’t look like something awesome you might want to try. Granzella could have the makings of a very cool hit here.