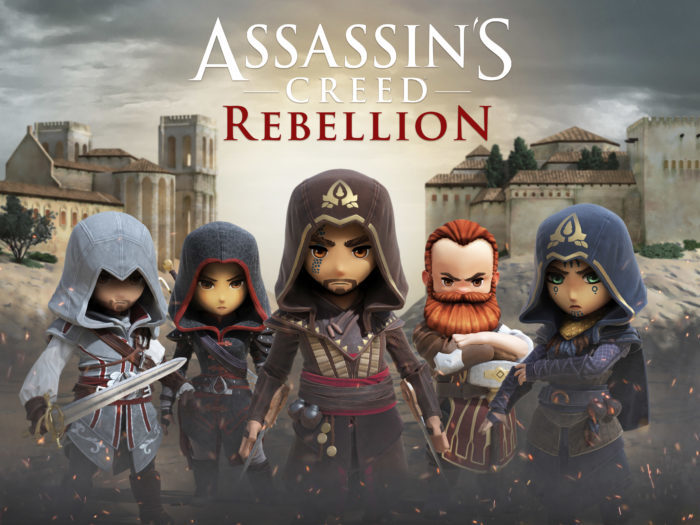 Excited for Assassin’s Creed Origins later this year for your home console? Well, it turns out that yet another Assassin’s Creed title will be coming out very soon, but for mobile devices and not consoles. Ubisoft has just announced Assassin’s Creed Rebellion, which makes a return to the 15th century and is a free-to-play strategy RPG.

Rebellion will be taking familiar faces from the Assassin’s Creed series and presenting them in a new form and art style that is unique to the franchise. Here’s Ubisoft’s summary of how the game exactly plays:

“Giving players the chance to build their own Assassin Brotherhood, manage a fortress, and engage in covert missions against the Templars, Assassin’s Creed Rebellion brings together a roster of more than 40 Assassins. Recruit familiar Assassins such as Ezio, Aguilar, Shao Jun, Claudia, and Machiavelli, along with more than 20 new unlockable characters exclusively created for Assassin’s Creed Rebellion. You can play with these and other famous Assassins simultaneously thanks to a new version of the Animus that merges the memories of several Assassins together.”

You can check out the teaser trailer for the mobile game below. If you want to know more about the game, make sure to head to the UbiBlog.

Assassin’s Creed Rebellion will be launching soon for iOS and Android devices.