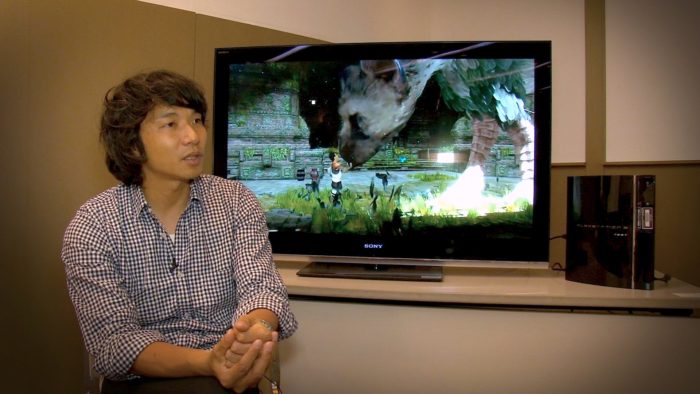 Fumito Ueda is famous for directing Sony’s Ico, Shadow of the Colossus, and The Last Guardian trifecta of critically acclaimed games, but he’s no longer with Sony. Technically, he left the company all the way back in 2011 but continued working on The Last Guardian as a freelancer until its release last year.

Now that he’s finally truly out on his own, Ueda is taking a different approach to designing his next game. That’s something that can only come as good news ot fans who waited an astounding 11 years between Shadow of the Colossus and The Last Guardian.

“I would like to finish a game as soon as quickly possible [sic],” he told Eurogamer. Continuing, Ueda explained that The Last Guardian took “a very long time” to develop because there were “many problems,” none of which he felt the need to share.

But things are different now for Ueda. Previously, he’d start developing a game by drawing inspiration from a short film or a similar such visual catalyst. For his next game, however, Ueda is building a prototype as hist first step. The tools available to him today, he explained, make it easier to not have to build things from scratch while also accelerating development time.

Of course, what every fan really wants to know is whether or not whatever Ueda produces next will borrow tone and gameplay from his last three games. Ueda’s answser? It’s not his intention to do so, but he’s not betting the house on not doing it anyway.

“The last three games we created I didn’t intend to be very similar to each other,” he said. “When I start to create a game, always I think we will create something different. But the result was that in the three games there are some similarities. There’s a moment when one game links with another, but I didn’t put it in at the start, it happens in the process.

“So now, I think I’m creating something very different, but the end result? I can’t say.”