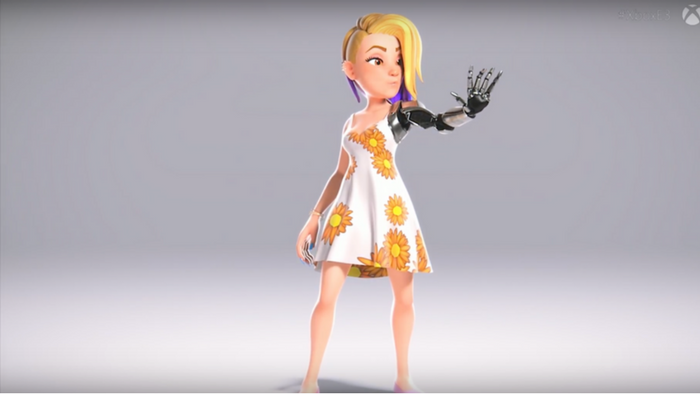 If you were a big fan of Xbox Live Avatars back during their heyday on Xbox 360, there’s good news on its way. The fully-customizable digital representations of our physical selves were hot when they first arrived on the scene, but ever since the Xbox One has evolved further than the Xbox 360 ever could, they’ve faded into relative obscurity.

Those days are about to change, however. Microsoft is currently working on the “Avatars 2.0” system, which will allow for decidedly more robust and customizable Avatars in the future, with a swath of more options and improved graphics to boot.

This news comes by way of the Xbox Daily show during E3 2017, where Microsoft first showed off some of what we can expect to see from the new system going forward. It’s not just a small cosmetic upgrade, either. It’s an overhaul from the ground up.

This is a brand new day for Avatars, which have been recreated using the Unity engine this time around. Gender-restricted clothing will be a thing of the past, which was previously a particular point of contention with some players when certain clothing items were up for purchase for one group of people, but not the other. Notable examples included the grizzly bear coat worn by Blake in the television series Workaholics. Male avatars could purchase the coat, but female avatars could not.

The engine will also improve the feeling of “oneness” with Avatars and their items, including clothing. Microsoft is looking to make the character feel much more lifelike, like the items you outfit them with are part of the character in general. So if you’re someone who enjoys dressing up digital representations of yourself and have been waiting for Avatars to make their triumphant return, this is your moment.