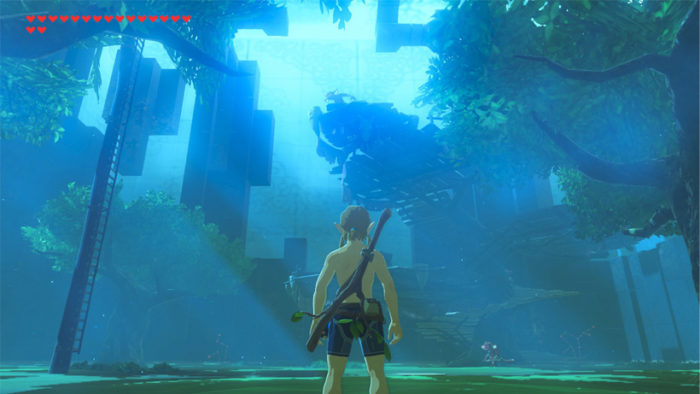 One of the reasons Nintendo’s masterful The Legend of Zelda: Breath of the Wild was so hailed by critics and gamers was Nintendo’s willingness to challenge players to degrees not seen in Zelda games in decades. With Nintendo now set to up the ante even further with the Master Trials DLC pack’s Master Mode, the developer is giving players two new save slots that are specific to this especially challenging difficulty level.

While the original game has six save slots, players won’t be able to use them in Master Mode. Instead, Nintendo explains that players “can only make use of two save data slots.”

In Master Mode, players will be challenged by more difficult enemies right out of the gate than they would in Normal Mode. Nintendo has even hinted that it’s added additional varieties of existing enemy types that didn’t appear in the original Breath of the Wild release. Baddies will even regenerate their health during skirmishes and be more easily able to detect approaching players. And if all that’s still not enough of a challenge, players can seek out planks floating in the sky replete with “useful treasures.” Naturally, tougher monsters will spawn on these planks.

The biggest addition coming via the Master Trials DLC is probably Trial of the Sword, in which players begin sans armor and weapons and have to overcome increasingly difficult rooms full of enemies in a quest to upgrade the Master Sword weapon. Other new content includes additional armor, the Korok Mask, and the Travel Medallion item, which enables players to create a temporary fast travel point at any single point on the game’s map.

The Master Trials will be available starting June 30 and is the first of two planned Breath of the Wild DLC releases, both of which are only being sold as a $19.99 bundle.