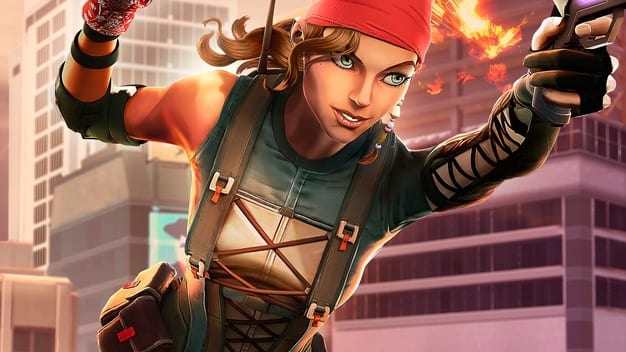 Volition’s Agents of Mayhem is only three months away, and more information about the game is eking out. The spinoff title to the Saints Row series will see players take on the role of a dozen “heroes”–read, psychotic and stupid mercs for hire–as they fight the evil forces of LEGION in Seoul, South Korea. The new trailer goes into a trio of characters–Hollywood, Hardtack, and Fortune–you’ll be playing as who’ve personally dubbed themselves the Franchise Force.

Hollywood, Hardtack, and Fortune were the first three characters to be revealed for Agents of Mayhem (and look to be the faces of the game). The former is an actor with a big gun and penchant for pulling out black sunglasses from nowhere; the middle is a US Navy petty officer who likes blowing stuff up with his big gun; and the latter a reformed Sky Pirate with dual pistols, a jetpack, and her own personal drone. The trailer does a good job of showing the dynamic between the Franchise Force and giving all of them ample screentime to do their thing. While all twelve playable characters have been revealed, we haven’t seen a whole lot of them in action, so here’s hoping we get trailers focused on another set of three in the near future.