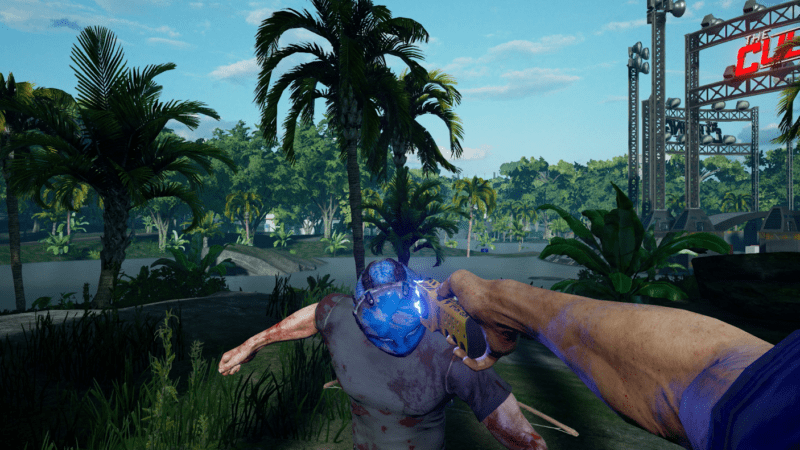 The Culling, a “Battle Royale” style game from Xaviant, the makers of Lichdom: Battlemage, is crossing over from PC to console via Xbox One Game Preview on June 2.

The Culling, which originally released on Mar. 4, 2016 on Steam, is a title that reminiscent of The Hunger Games or The Running Man. Players are contestants on a dystopian game show where the last team or player that survives, wins.

The Culling is one of a handful of popular Battle Royale games that have quickly become quite in vogue over the last couple of years, especially on streaming services like Twitch. In The Culling, and other similar games such as PlayerUnknown’s Battlegrounds, your goal is to survive as long as you can while taking out other players. As the game goes on, it becomes increasingly more difficult to avoid confrontation. So you can’t run away and hide forever like I would certainly try to do.

The Culling notably the first of the genre to hit consoles and for now, it seems to be exclusive to Xbox One. Check out the trailer above and some information about the game from its announcement on the Xbox Wire below to get a sense of whether or not it’s your jam.

“In The Culling you’re dropped into a twisted game show inspired by the big screen. You and your fellow contestants have 25 minutes to scavenge, hunt, trap, and kill each other. There is a huge arsenal of tools at your disposal, from sledgehammers to sub-machineguns, from poison gas grenades to steel punji sticks, from dynamite to chainsaws. The action is up-close and personal: you’ll stare your opponent directly in the eyes and know that one of you isn’t going home.

Unlike some competitive online games, you only get one shot at victory. We don’t offer respawns, do-overs, or second chances. What we do provide is more suspenseful, adrenaline-pumping action than you can shake a pointy stick at. This is not a game for the faint of heart. If you’re scared to go it alone, don’t worry, you can team up with a friend in our Duos mode and take down the competition together.”