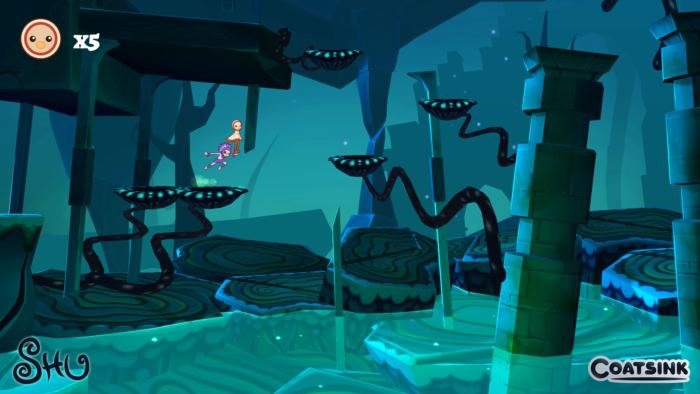 Fans of action platformer Shu who were looking forward to its May 23rd release date on PS Vita will have to wait a little longer. In a press release today, publisher Coatsink confirmed that unforeseen technical issues have delayed the game by a week. Shu will now release on May 30th in Europe, but a new release date for North America has not yet been disclosed.

In a press release today, the publisher stated that the “PS Vita launch of SHU has been temporarily delayed due to unforeseen technical issues, which our team at Coatsink have been working around the clock to resolve.”

Gamers that currently own Shu on PlayStation 4 can still look forward to next weeks free DLC content, which is still scheduled to release on May 23rd.

The update adds 6 new levels: Beneath the Ruins, No Turning Back, Depths of Discovery, Chase Through Chambers, Deep Dash and Conquering the Caverns. Players can expect to come across the same companions, boasting the same special abilities as in the original game. The DLC, however, introduces new combinations of these companions. At EGX Rezzed in London back in March, Twinfinite played a level the team had dubbed “Flower Power”, due to its mashup of ground pound and flower opening abilities.

Check out some awesome newly released screenshots for the DLC:

Shu is a 2.5D platforming game with a delightful art style and wonderfully fluid gameplay. Although it has been available for some time across PS4 and Steam, Shu’s short, fast-paced levels, packed with time trials and collectables always felt like a perfect fit for portable gaming. The PS Vita version is cross buy.