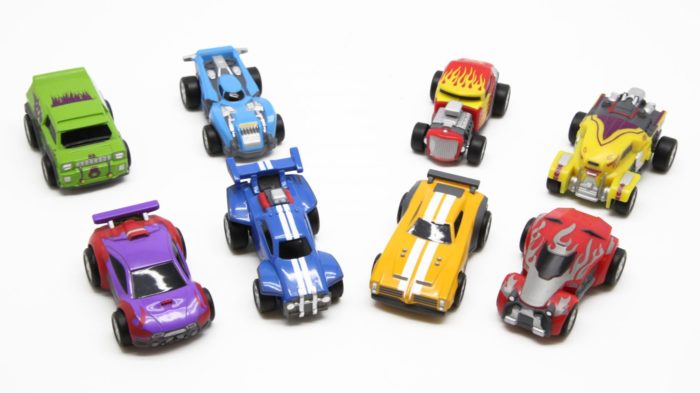 Rocket League developer Psyonix has given more details today on when and where people will be able to buy its Rocket League Mini Pull-Back Racers toy line.

Announced last February, Psyonix has teamed up with Zag Toys to bring the little rocket cars to toy shelves starting this June. The toys can drive along flat surfaces once wound up, or pulled back, and each car will be sold blind-bag style inside a replica of the in-game Rocket League ball.

The series has a selection of 12 Battle-Cars, including Octane, Dominus, Masamune, Hotshot, Grog, X-Devil, Merc, and Backfire. There is also a chance to receive one of three rare electroplated Battle-Cars, or one super rare mystery car. These special cars contain a code for two cosmetic items, the Cold Fusion rocket boost and ZT-17 wheels, that are redeemed through the game’s Extras menu.

The Rocket League Mini Pull-Back Racers will be first sold at Target and GameStop in the US for the launch in June with more stores to follow. The studio says it will have more information of retailers across Europe in the near future.