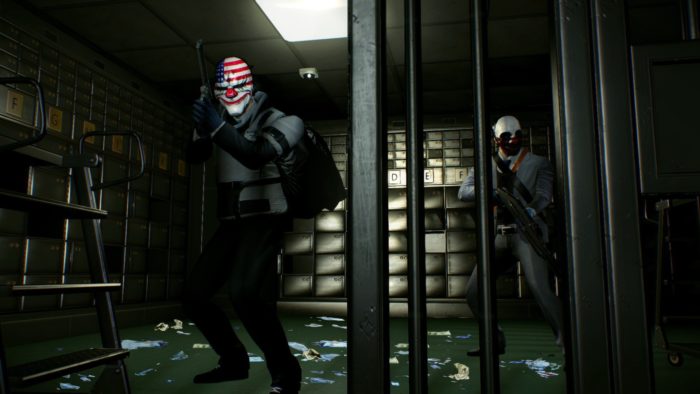 Payday 2, the cooperative heist multiplayer shooter first released in August 2013, is getting all of its DLC bundled into one package, developer Overkill Software announced today.

Payday 2: Ultimate Edition is coming to PC on June 8 for $45, alongside a 10% launch discount, and will contain all previously released DLC. The studio also announced all future add-ons and updates will be free, and plans to support the game until October 2018.

The only paid DLC that will be sold for Payday 2 after release is the Ethan and Hila Character Pack, based on the duo behind YouTube channel h3h3Productions. The revenue of the April Fool’s Day joke turned real will go completely to h3h3.

Overkill has supported the game since its release with 144 updates and 50 add-ons, both free and paid. The studio says one reason for the package is to give new players an affordable price, since buying the base game and all DLC would cost over $200.

All Payday 2 add-ons are currently 85% off in the Steam Store, and will be until the Ultimate Edition launches on June 8. All individual DLC will then be removed, except the Ethan and Hila Character Pack, once the full package releases. An Ultimate Edition upgrade option will be available for those who miss out on the deal after June 8.

Payday 2: Ultimate Edition and the future free DLC will only be available for the PC/SteamOS version of the game. Overkill says more content is currently in development for the Xbox One and PlayStation 4 versions, with more information to come as “additional content is made available.” Payday 2 is also coming to Nintendo Switch later this year.