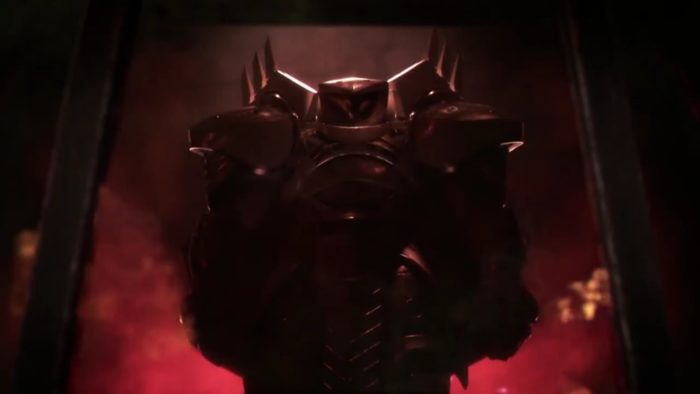 During the Destiny 2 livestream today, Bungie gave us our first real look at our principal antagonist for the game: Dominus Gaul, the leader of the Cabal group known as the Red Legion. The Red Legion and Gaul were taught upon birth that they were the ones worthy of receiving the Traveler’s Light. As such, they’ve trained their whole lives in the hopes of appeasing it. But then, a funny thing happened: humanity got the Light instead of them.

This has pissed off the Red Legion and Gaul, and by the start of Destiny 2, he’s decided that the only way to prove himself worthy of the Light is to take yours away and attack the Last City. As director Luke Smith describes him, he’s like Hans Gruber from Die Hard, “minus the Britishness.” He thinks that there needs to be a better class of Guardian, one that you’re not really up to snuff to do. Luckily, you’ll be able to prove him wrong, and also shoot him and his forces in their dumb, stupid faces.