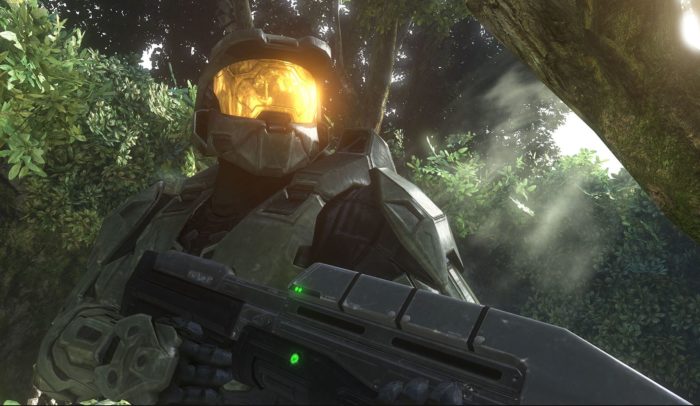 Halo game factory 343 Industries is planning to announce something at E3 2017 next month. And while the studio isn’t about to spoil what that something is, 343 has no qualms telling fans what it isn’t.

Whatever 343 is preparing to show the world, it apparently is not Halo 6 nor is it a Halo 3 Anniversary remaster, according to the studio’s community manager. “OMG stop. There is no Halo 3 Anniversary,” 343 Community Manager Brian Jarrard wrote on Reddit in response to a fan question about such a game.

Assuming the next thing 343 would show off is Halo 6 would seem a safe bet, seeing as Halo 5: Guardians is closing in on being two years old, and there is no question that Microsoft will have 343 follow it up with a numbered sequel sooner or later. Jarrard, however, shut that idea down earlier in the same Reddit thread. “We’ve said this already but we’ll have a little something at E3, but it’s not related to the next major entry in the franchise,” he wrote.

Why would anyone then jump to the conclusion that the “little something” is a Halo 3 remaster? It’s likely because 343 previously delivered Halo Anniversary 10 years after Halo: Combat Evolved’s original release and Halo 2 Anniversary packed into Halo: The Master Chief Collection 10 years after that game’s original release. Halo 3 also got a remaster as part of The Master Chief Collection, but its overhaul was less extensive than those 343 applied to the first two Halo games in their respective Anniversary releases.

While Jarrard has, at least for now, snuffed out any hope for a Halo 3 Anniversary, 343 has previously confirmed that Halo 6 is eventually coming. And although 343 won’t show it off next month, it did at least reveal one detail last month: the game will re-focus on Master Chief after taking the spotlight off him some in Halo 5: Guardians.

“Instead of focusing on bringing new characters into the world and expanding the playable characters, we’ve sort of shifted the focus a little bit to making the world a little bit more realistic and compelling and, I would say, more fun for players who get to inhabit the Chief in the future, pretty much as they demanded.”