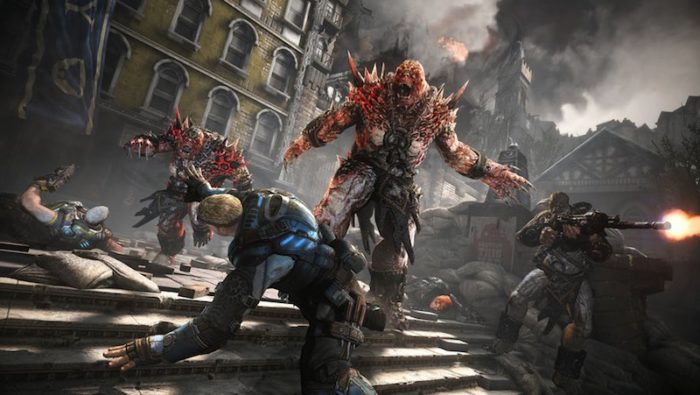 The Coalition will be making alterations to the Gnasher weapon in Gears of War 4 in response to player feedback.

In the upcoming March update, the weapon will be changed in order to “more accurately match player expectations.”

In a Gears of War 4 blog post, The Coalition stated:

“After some further investigation, we discovered that a mechanic that has been present in past Gears games to prevent shooting through walls was creating a perceived inconsistency with the Gnasher. The Gnasher would typically have its pellets start from the stock of the gun and move through the barrel. This was to prevent users from shooting through walls. This pull back means that the spread is wider than is intuitive at the end of the barrel, and so players were missing some of the pellets when they thought they should have hit with the whole cluster.”

As you can see, the spread has been altered so that it more realistically starts at the gun’s barrel, as opposed to hilt.

The Coalition has also made it clear that the changes will be monitored to assess their effectiveness:

“The impact of these changes will hopefully mean a more intuitive experience. There will be a slight change in feel of the gun, but we hope that people will see more clearly when they hit or miss a target … we hope to continue to see feedback after these changes hit.”