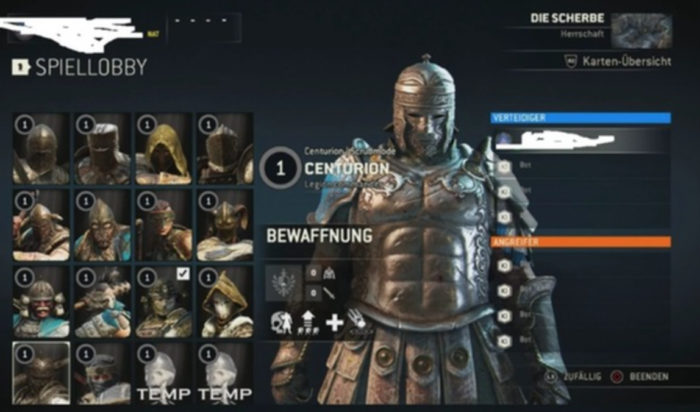 For Honor players first learned about what the game’s DLC content might include back in February. Now, images of two of the six DLC characters may have just leaked online. An image of a detailed Centurion and Ninja emerged on Reddit on Saturday and it has had the rumor mill buzzing ever since.

For now, the leaked images don’t provide much actual information about how these new characters might play or even what faction they will belong to. Of course, there is more than enough reason to believe that the Ninja will belong to the Samurai faction and it seems likely that the Centurion will be the latest addition to the Knight faction. Another theory floating around on Reddit, however, is that both of the characters may be a part of a yet to be released fourth faction. There is no solid information to back up this theory for now though.

Since there isn’t any gameplay footage or information regarding the two allegedly leaked new characters, most of the online discussions have been centered around three things—the quality of the designs, whether or not these leaked images are actually real characters coming in the DLC and who was the lovable troll that used “scrubmode” as a placeholder for the type of hero the characters are.

The designs themselves are certainly detailed enough to suggest that these are truly images coming from inside Ubisoft. It’s also important to note that the Ninja and Centurion are included in the season pass art so there’s quite a bit of credibility behind the images, but without Ubisoft’s confirmation nothing is guaranteed. The designs also seem to line up well with the image of the new characters that were initially released as a tease for the DLC’s new warriors about a month ago. The latest allegedly leaked images simply provide the first detailed peek at what two of these new characters will probably look like—and we’re liking what we see so far.