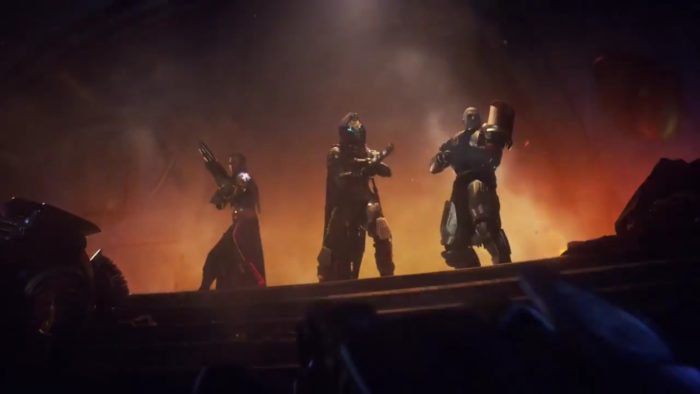 After a tease showing everyone’s favorite Exo having a drink during the worst time possible, Bungie has finally pulled back the curtain on their upcoming shared world shooter, Destiny 2. And just like how the teaser showed that the Last City was in danger, the full reveal goes all in on that, courtesy of Nathan Fillion and Lance Reddick. Well, mainly Lance.

Destiny 2 will have Guardians going up against the evil Ghaul, commander of the Red Legion. Having stripped our heroes of their power–the trailer is very insistent on that part– the survivors flee to new worlds in the hopes of building up new powers to defeat him. Doing so will require them to reunite heroes scattered across the cosmos and fight for Earth as the Last City burns. And also collect a lot of armor and guns, because of course. Also, some of you may die, at least according to Cayde-6.

Destiny 2 arrives on the PS4, PC, and Xbox One on Sept 8. Pre-ordering will get you early access to the multiplayer beta.