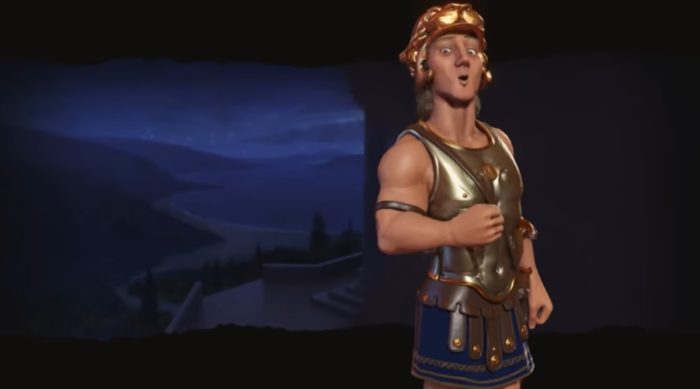 Civilization VI was released late last year and once again allowed players to live out their dreams of total world domination through diplomacy, war, or exploration. If you’ve managed to create a kingdom admired by all then you’d better get ready, Alexander the Great is invading!

As revealed by the game’s official website, Alexander the Great will be the leader for Macedon and will posses his own unique abilities, have two new units, and one new building. His first ability is called “Hellenistic Fusion” and gives Macedon a bonus whenever a new city is captured. His second ability is called “To the World’s End” and will allow his troops to wage war longer without growing weary. His third ability allows him to create a unique building the “Basilikoi Paides,” which gives extra science points when training non-civilians.

His first unique unit is called “The Hypaspist” and is equipped with a long spear, short sword, and shield. This unit will get extra strength when taking over a district and has extra support. His second unit is called the “Hetairoi” and is a fast cavalry unit which is great for penetrating enemy defenses.

Check out the newly released trailer for yourself below:

Civilization VI is currently available on PC. There are currently no plans for a console release.