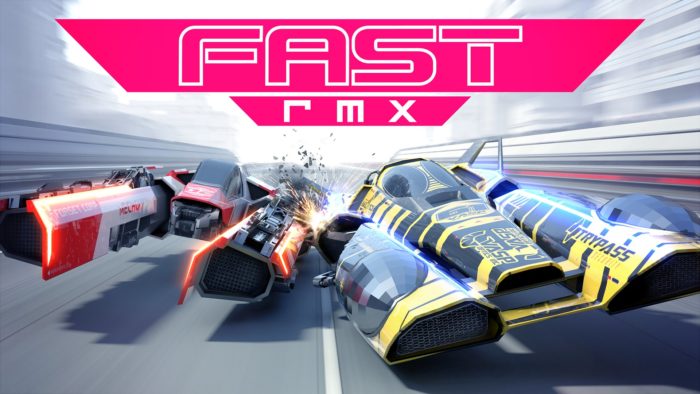 The launch line-up for the Nintendo Switch will be a tad bit better now that we have news that FAST RMX will be available for download on March 3 for the price of $20 USD on the Nintendo Switch eShop. Nintendolife did an interview with the studio behind the fast-paced futuristic racing title, where they learned more details on the game modes and online multiplayer.

FAST RMX is a sequel/remixed version of FAST Racing NEO, which released for the Nintendo Wii U back in 2015. The futuristic feel of the game was often compared to Nintendo’s racing franchise, F-Zero. FAST RMX takes the best of Shin’en Multimedia’s last game and turns it on its head with new modes, performance improvements, and new content.

Manfred Linzner of Shin’en Multimedia discusses some of the new improvements that will be coming to the Switch title, “First of all we were able to drop all the tricks that we needed to make FAST Racing Neo run at 60fps at all. So the image quality of FAST RMX is much higher then FAST Racing Neo. We also improved the rendering resolution from 720p to 1080p. We also took this chance to create a complete new user interface to make better use of the higher resolution… most of the tracks from the Wii U version got improvements for better lighting and more special effects. We also added a new GRAPHICS option to the Pause menu. There you can toggle effects like ‘Dynamic HDR Exposure’ and ‘Chromatic Aberration’. The first one allows a much higher dynamic range of brightness on the screen. You have to see it in action. It makes the game much more lifelike. The 2nd effect emulates how real lenses work on cameras and gives a nice touch of realism to the image. All these additions were not in the demo version that many people already played, because the demo was created last year.”

FAST RMX also features an online multiplayer mode with up to 8 players included, as well as local play. You can use every controller style that the Switch supports “We support single Joy-Cons, we support Pro Controllers, we support the Joy-Con Grip and even motion controls with any controller. And you can even swap controllers while playing!”

If you want to read the whole interview, you can check it out right here.

FAST RMX launches with the Switch on March 3 for the price of 19.99 USD/EUROs, you can download it on the Switch eShop.