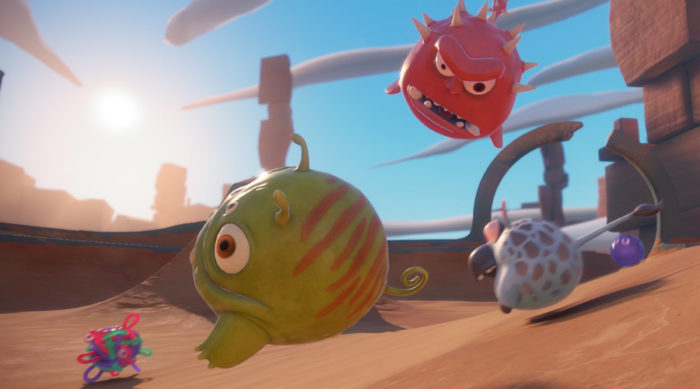 Ready at Dawn Studios’ upcoming Deformers – an online multiplayer combat game – has been delayed. Originally scheduled to come out on Feb. 14, the game has been pushed back without a fixed date for release.

The game’s Creative Director posted a message on NeoGAF regarding the delay, and talking about the game’s open beta:

“Hello everyone! The delay will be short, we just need some more time to properly stress-test the game. We will announce the actual and final release date soon. We are ramping up to do an open beta on Steam, that way we get to test our infrastructure and everyone that wishes to will be able to try it out and discover why we love this game so much.”

In a follow-up post, he then went into detail on some of the game’s technical specs:

“On consoles, the game runs at 60+ FPS on all platforms. Target resolution is 1080p on PS4 and 900p on XB1 – a dynamic resolution system is used if/when needed to ensure the framerate is maintained. Notice that on XB1 the rendering resolution is 900p, which is then upscaled to 1080p for output.