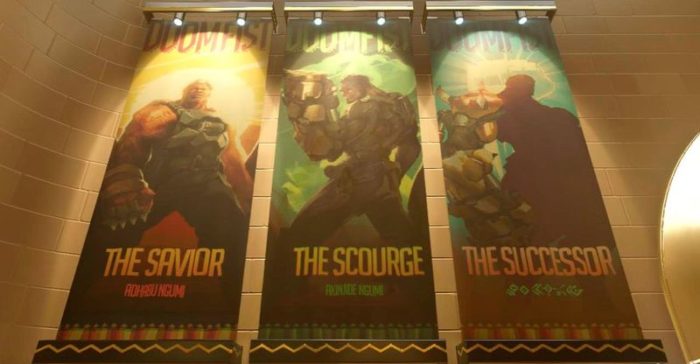 The Overwatch rumor mill is spinning once again, and much like Sombra, fans are excited to figure out who the next hero will be.

There has been some latent speculation for months now that the next character would be Doomfist, a gauntlet wearing hero that is teased in a number of the game’s maps. Further, we know that his voice may well be that of Terry Crews, who has been linked to the character for a while now. He’s even auditioned and received an endorsement from The Rock!

Luckily, dataminers have discovered two intriguing files in the Overwatch PTR that hint towards his imminent release.

The first comes in the form of an asset that depicts the typical Numbani payload but smashed so that the Doomfist Gauntlet hiding inside is exposed. This could be Blizzard setting up a means to introduce the new character in to Overwatch. Knowing that it is directly related to Doomfist means they must be hinting at something, right?

The second is a new kind of menu music that has been taken from the Overwatch reveal, especially at the time when Reaper and Widowmaker are stealing the Gauntlet in the cinematic.

These small additions seem intentional in teasing the new character, so hopefully we’ll see more from Blizzard in the coming weeks as the current event ends!