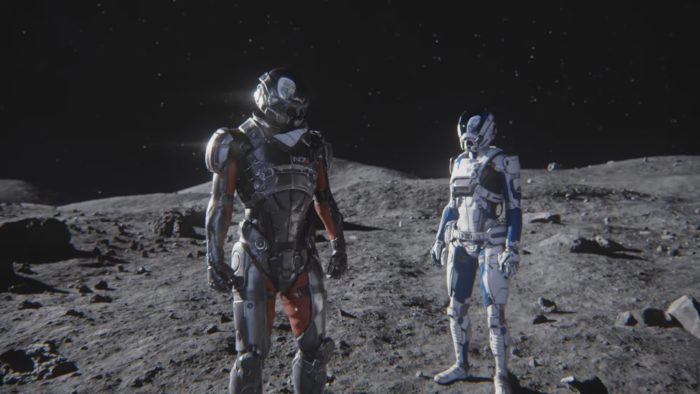 Last week, BioWare put out a video for Mass Effect: Andromeda detailing how the combat and weapons work. Now, they’ve put out a second video that goes into how the profiles and power loadouts work. The classic class system that defined the previous three games–Adept, Soldier, Vanguard, and so on–have been eliminated, allowing Ryder to use all abilities at once and switch between them at once. As you level up, you’ll gain access to Profiles that function as the classes once did.

The more skill points you spend into one Profile, you get bonuses to make Ryder more and more powerful. In an effort to make things simpler during the heat of battle, Mass Effect: Andromeda also allows you to set up four slots for your favorite skills and weapons to access. So if you wanted to, you could have one favorites loadout designed around close quarters and another based on tech abilities and ranged Biotic powers. Finally, there’s your squad. Each of them has three active and two passive skills in the game. Just like in the original games, you can order them to specific positions, or take converge on your position. You can also set up power combos with them that’ll cause even more devastating damage on your enemies.

Mass Effect: Andromeda comes to the PS4, Xbox One, and PC on Mar. 21. The third video is said to focus on exploration.